Microsoft is changing how it explains diagnostics data collection in Windows 10.
Written by Liam Tung, Contributor on March 6, 2020 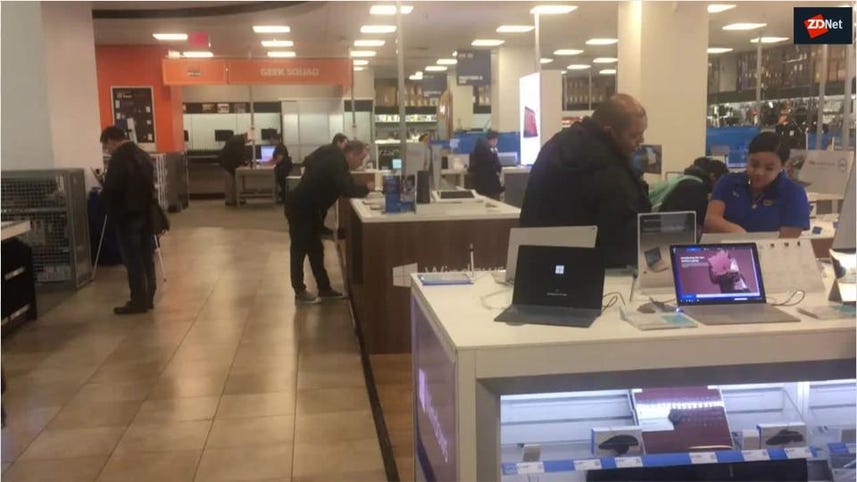 The release bumps up the insider preview to build number 19577 and introduces changes to the Settings and Group Policy settings aimed at improving transparency and control over Microsoft's diagnostics data collection from devices.

Admins will also get more granular Group Policy settings to configure what data is collected within the organization. Microsoft plans to reveal more information about the new policies as it gets close to the retail release.

Additionally, as explained in an Answers post, the Enhanced setting is being removed. Any device that was set to Enhanced will be shifted to Basic/Required Diagnostics data.

The new preview introduces Microsoft's Fluent Design changes for the Windows Security icon. The new icon will be rolled out in a future Windows 10 feature update.

Microsoft is midway through a revamp of all its logos and the company is testing a new Start Menu that would allow users to switch off Live Tiles in order to make its new logos stand out. It's designers think older flat, monochrome icons worked with Live Tiles, but the new icons don't.

Microsoft is continuing its experiment delivering driver updates through Windows Update. Microsoft in January decided to test the change because driver updates released alongside OS updates caused many pains for end users. The experiment is being extended through to the end of March.

"During this experiment, drivers categorized as 'optional' will not be automatically downloaded and installed on Windows Insider's PCs running Build 19536 and newer," explained Brandon LeBlanc, a senior program manager on the Windows Insider team.

Insiders with PCs that are in this experiment can install new optional drivers by going to Settings > Update & Security > Windows Update > View optional updates in order to manually download these drivers.

LeBlanc also highlights that its Cortana app's assistant conversations are now online, following last month's introduction of times and instant answers. Users can say phrases like "tell me a dad joke", "tell me a bedtime story", or "rock, paper, scissors."

Separately, Microsoft last week announced how it planned to make Cortana more of a productivity aid, which should be realized in the Windows 10 20H1/2004 release.

The company now requires Cortana users to be logged in with a work, school or Microsoft account to access the digital assistant. Additionally, it's killing off some consumer skills including music, connected home and third-party skills.

The new preview build also comes with a long list of bug fixes affecting the clipboard, File Explorer, and Windows Hello among other things.

Windows
When I reset my Windows PC, I ended up with Home edition. How do I get my Pro upgrade back? [Ask ZDNet]