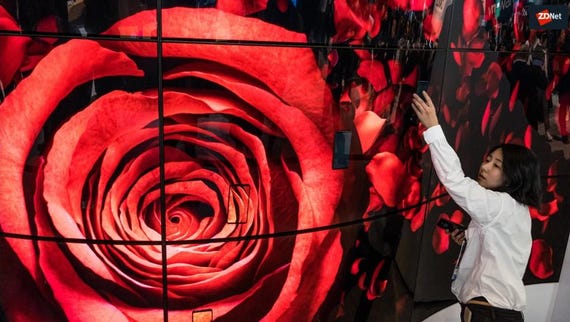 LG Electronics is recalling around 60,000 OLED TVs that were sold in South Korea to replace their power boards due to possible overheating issues, the company said.

It will affect 18 different models of OLED TV sold from February 2016 to September 2019.

The components in question are within the power boards of affected TVs and are used to minimise current noises.

LG said some of the components it used had shown performance drops, which then caused current increases in power boards that could potentially lead to overheating.

The South Korean electronics maker has already made component swaps for 22,000 units out of the 60,000 total affected units.

"The overheating issue occurred only in very few models out of the total that used the component, but we will provide free component swaps for all of them for customer safety," LG said, apologising to customers for the inconvenience.

LG globally launched a 48-inch OLED TV last month, which it has touted as being its smallest OLED TV to date.

In the same month, it forecast a profit decline of 24% for the second quarter due to the impact of the COVID-19 pandemic.

Prior to that, the company announced it was restructuring its global TV production line by shifting most of its South Korean operations to Indonesia to increase efficiency.

Meanwhile, compatriot Samsung has similarly faced complaints about malfunctioning Blu-ray players with customers claiming that the devices are no longer working and have entered into an endless startup loop.

In response, the company has asked affected devices to be turned in for free repairs.

"We are aware of the boot loop issue that appeared on certain 2015 Samsung Blu-Ray players and are offering free mail-in repairs to customers who have been impacted," the company told ZDNet.

According to The Register, the error was due to an XML file being downloaded from Samsung servers to devices during periodic logging policy checks. Previously, there were claims that the device issues were caused by an HTTP certificate error.

Samsung has declined to comment on the latest XML claims.

If you're attracted by a large screen and a lightweight chassis, and your workloads aren't too demanding, the LG Gram 17 (2020) should fit the bill nicely.

LG to take part in IFA 2020 as Samsung opts out

LG Electronics said it would showcase its new home appliances.

Samsung's virtual event is likely to give us a new Galaxy Note and probably a few other devices to ponder.

It is the company's smallest OLED TV to date.

Get a look at the hardware inside a Samsung Q60 Series QLED TV and Rizmo evolving, robotic toy in a live teardown on the CNET stage at CES 2020.

Join Discussion for: LG to recall some OLED TVs due to overheating...