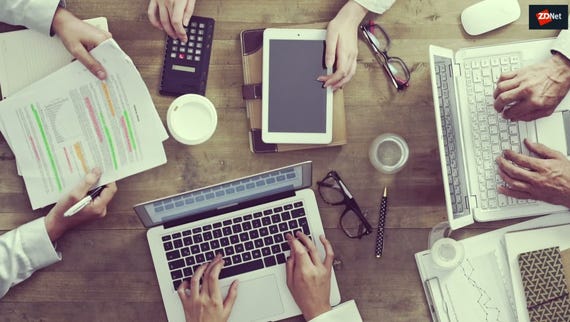 For all the love Microsoft has been showing Linux and open source in recent years, it still hasn't created a Linux client for its hit collaboration tool, Teams, leaving many developers stuck on the browser version.

The company already has Teams for Windows, Mac, iOS, and Android. But despite calls from Linux users over several years, it has never released a Teams client for machines running the open-source operating system.

However, Microsoft could soon deliver a Linux client. As spotted by Windows Central, a Twitter user@unixterminal has found a repo for a Linux Teams client – although it's empty. But even more promising is a recent comment by a Teams engineer called Alex on the Teams UserVoice feedback forum, who suggests Microsoft is working on the answer.

Alex's comment was made on a thread titled 'Linux Client', which was created around the time Teams launched and currently has 8,752 votes and over 1,100 comments, mostly demanding Microsoft remedy the Linux gap.

It's currently the second most voted for request on the site in response to the question: "How can we make Microsoft Teams better?"

Alex's post tells users on the thread to "stay tuned" and that Microsoft wants everyone to have Teams.

"We know so many of our customers use Linux and we want Teams to be available for everyone. Stay tuned for more information soon," wrote Alex.

Developers in particular are vocal about the lack of a Linux client.

One user Tibor Futo commented: "Almost three years passed since the first comment, and Microsoft has not delivered what was promised. I work in a 20,000+ company and I will persuade the decision makers to move away from this unsupported half-product. Real engineers work on Linux, not on Windows."

There's good reason for developers on Linux to be doubtful of Microsoft's commitment to them. Microsoft never delivered a Linux desktop client of Skype for Business, despite receiving over 16,000 votes for one since 2015.

It seems odd that Microsoft hasn't made a Linux client since launching Teams, given the large number of developers who do use Linux. According to StackOverflow's 2019 developer survey, 53% of developers choose Linux as their favorite platform, while 50 percent choose Windows.

Microsoft in July claimed at it had over 13 million daily active Teams users across the world.

Join Discussion for: Linux to get Teams client? Microsoft says...