The new speakers are an improvement over the previous generation, both in design and use.
Written by Jason Cipriani, Contributing Writer on Aug. 30, 2018 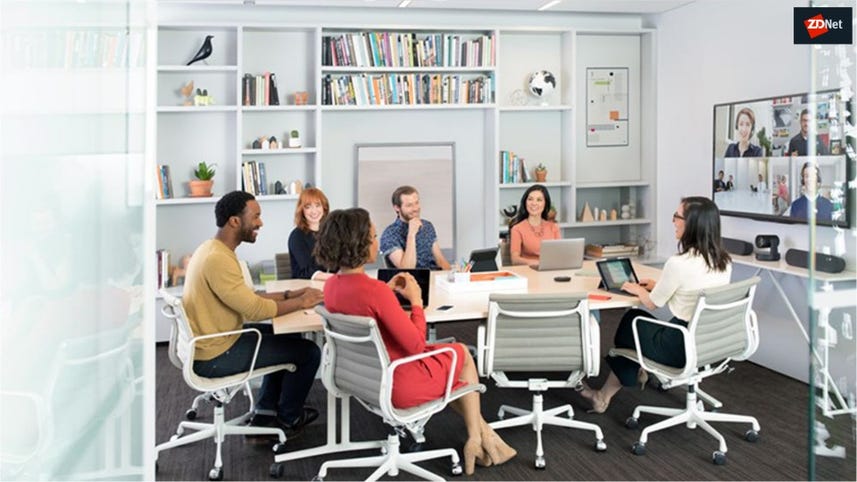 Ultimate Ears (UE) Boom Bluetooth speaker line is getting a new design and a streamlined mobile app. The Boom 3 and Megaboom 3 look similar to previous generations, only better.

Boom 3 and Megaboom 3 have a new fabric exterior, that gives the speakers a more premium feel. You can adjust the volume using the two buttons on the front of the speaker, though I've found them hard to press only because you have to press in the middle of the buttons, and not just anywhere on the overall layout of the plus and minus sign.

UE moved the charging port to the back of the speaker, instead of on the bottom like the previous generation speakers. There's also now support for the Power Up charging stand, a $40 accessory.

On top of the speaker is a new "Magic Button," used for controlling music playback. The new button, when used in tandem with the new UE Boom and Megaboom app that combines controlling the entire Boom speaker line, instead of having one app for Boom and another for Megaboom speakers, gives users the option to begin playing and switch between up to four playlists. Currently, the playlist feature supports Apple Music on iOS and Deezer on Android.

UE sent me a Megaboom 3 and gave me access to the new app ahead of the announcement. The playlist feature is easy to set up, requiring a couple of taps in the app. After selecting four playlists, I can easily switch to the next playlist with a long-press on the Magic Button.

I don't have a Deezer account, so I can't speak to the setup process on Android. UE has told me they plan on adding more services in the future, but didn't provide a timeline.

The entire lineup is now rated with IP67 water and dust resistance. The speakers float, so you can throw either one in a swimming pool and stream music without worrying about damage or it sinking.

In late 2016, I took a look at UE's PartyUp feature that gives users the option to stream to multiple UE Boom speakers - up to 150, to be exact - from one source. The Boom 3 and Megaboom 3 work with PartyUp, and the feature is backwards compatible so you can mix and match old speakers with the latest generation. UE also now claims the Boom 3 series speakers have an extended range of 150 feet, up from 100 feet.

The new speakers are slated to launch in September, with the Boom 3 priced at $150, and the Megaboom 3 priced at $200. The speakers will come in four colors: black, red, blue and purple. Apple will offer its own exclusive colors of cloud blue and denim.