Conducted on the Singaporean telco's 5G standalone network, the trials will assess whether unmanned aerial vehicles can operate safely and efficiently in real-world environments.
Written by Eileen Yu, Contributor on June 11, 2020 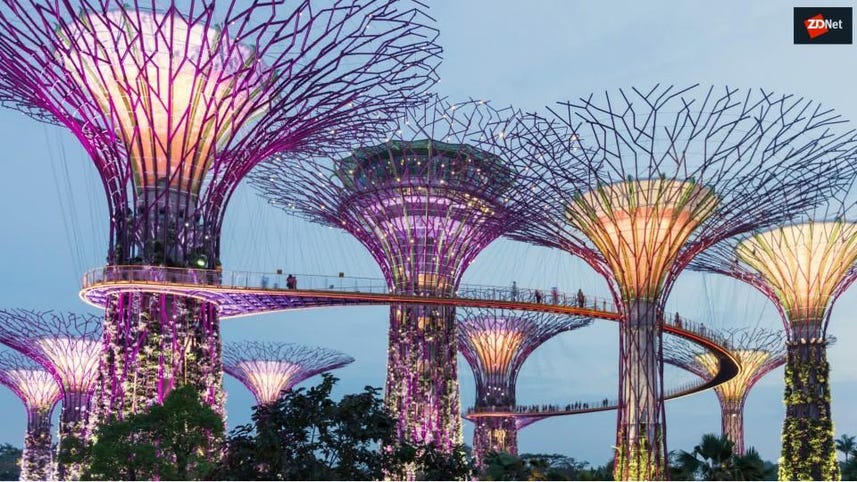 Singaporean telco M1 and Airbus have partnered to pilot the use of 5G to operate unmanned aerial vehicles in real-world environments. The trials will assess whether these vehicles can run safely and efficiently throughout the duration of their flights, including in designated drone-fly zones.

The two partners will collaborate alongside Infocomm Media Development Authority (IMDA) and Maritime and Port Authority of Singapore (MPA) to conduct the coastal trials, and will be run on M1's 5G standalone network at the Singapore Maritime Drone Estate. The necessary permits and approvals first would be acquired from the relevant agencies before any flight trials were conducted, they said.

Apart from providing the 4G and 5G network support, M1 would also collect data to assess the performance and coverage of mobile network in the operating areas, as well as carry out network parameter optimisation and the implementation of interference minimisation methods.

The telco also would evaluate the use of 4G and 5G technologies to facilitate enhanced geo-location positioning for all phases of unmanned aircraft systems flight using network-based data, which it said was more precise than current Global Navigation Satellite Systems technologies. The telco would also assess network performance enhancements in connection stability, uptime, and data throughput when aggregating between 4G and 5G networks.

In addition, M1 has plans to work with local business TeamOne Technologies to design and build an aeronautical certified 5G communication modem for urban air mobility operations. This device would be tested and optimised during the trials.

Apart from the coastal trials, M1 and Airbus also plan to conduct connectivity trials for in-land areas, which would enable both companies to tap growing interest in unmanned aircraft systems from other industries.

The aircraft manufacturer would provide a fleet of such systems for testing as well as its industry expertise to ensure the flight operations met safety and regulatory requirements.

Learnings from these trials would offer a better understanding of 5G standards, their feasibility and requirements for urban air mobility applications, and future citywide unmanned aircraft systems operations in Singapore's urban and coastal environment. The aim here would be to establish protocols for the "safe adoption of 5G" as a core technology to facilitate unmanned aircraft designs and operations, they said.

According to M1, 5G could provide more precise, safe, and reliable communications for such aircrafts. The telco previously had run trials, involving drone operations, with Nanyang Technological University that ran on the former's 4.5G networks

IMDA last year announced various initiatives aimed at driving innovation and adoption of 5G technology in Singapore, which included a SG$40 million ($29.53 million) pot to build up the supporting ecosystem such as 5G technology trials and R&D efforts. These initiatives encompass focused efforts on six key verticals such as smart estates, urban mobility, and maritime, which had been earmarked for their potential to showcase 5G use cases that could be championed globally.

IBM last month unveiled plans to work with M1 and Samsung Electronics to develop and test applications for the manufacturing sector that tapped 5G as well as other technologies such as artificial intelligence and Internet of Things. Under the partnership, IMDA would share applications and learnings from the trial with local enterprises and small and medium-sized businesses in the manufacturing industry, as well as other participants in the local 5G ecosystem. The trials, scheduled to begin in the second quarter, would be run at IBM Singapore's Centre of Competency for Smart Factoring Operating Model.

5G
How to get college credit for work experience

Education
OctoML CEO: MLOps needs to step aside for DevOps