Micron Technology's third quarter wasn't as bad as feared and one big reason is that cloud providers are starting to build out infrastructure after a spending pause.
Written by Larry Dignan, Contributing Editor on June 26, 2019 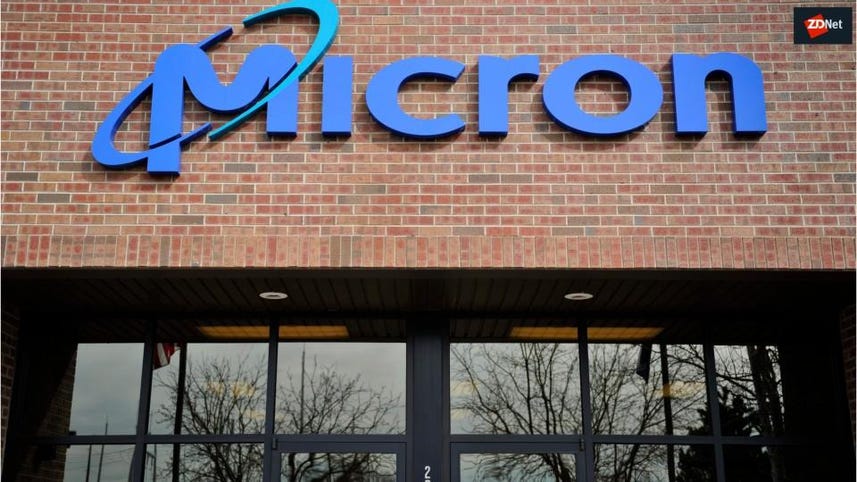 Micron Technology said that cloud and data center spending on solid state storage has normalized and is picking up. And that spending is one reason Micron Technology's fiscal third quarter results were better than expected.

The memory company reported fiscal third quarter revenue of $4.79 billion, down from $7.8 billion, with net income of $840 million, or 74 cents a share. Non-GAAP earnings for the quarter were $1.05 a share.

Wall Street was expecting earnings of 85 cents a share for the third fiscal quarter with revenue of $4.8 billion.

Micron Technology definitely had its issues with inventory, which checked in at 151 days. Micron expects inventory to decline in the August quarter.

But overall, Micron had partial shipments to Huawei when analysts were expecting none. Meanwhile, cloud customers were starting to spend and Micron's wares were going along with demand.

Within the data center market, cloud customers are turning the corner on inventories and most are approaching normal inventory levels. Our cloud DRAM bit shipments grew sequentially in the fiscal third quarter, exceeding our expectations, and early trends suggest strong sequential growth for the fiscal fourth quarter. Enterprise customer inventories are taking somewhat longer to normalize than we had previously expected. We continue to sample and secure qualifications on 64-gigabyte DDR4 server modules built with our 1Y nanometer DRAM.

On the Huawei front, Micron said that it could ship some products to the company because they are excluded from the U.S. ban on them. Macquarie Capital analyst Srini Pajjuri said:

Micron's August quarter outlook is also benefiting from resumption of partial shipments to Huawei, as management believes certain products are excluded from the ban. While management did not quantify the impact, we believe it's less than 10% (Huawei 13% in 1HFY19), and consider Micron's Aug-19Q outlook to be solid even with no contribution from Huawei.

As for the outlook, Micron outlined stability from big declines.

And by business unit, Micron is still down across all of its units with mobile falling the most. However, Mehrotra expects mobile demand to pick up. "Our mobile business was impacted by U.S. trade restrictions. Looking ahead, innovations such as 5G, foldable phones and advanced cameras will drive growth for our products," he said.

Business
Brazil sees growth in Internet use in rural areas

Broadband
Cancer therapies depend on dizzying amounts of data: Here's how it's getting sorted in the cloud