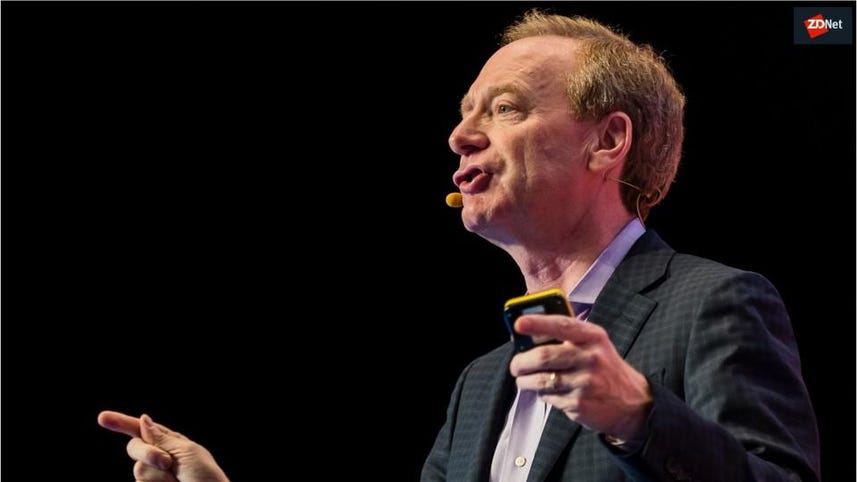 Microsoft president Brad Smith reckons the tech sector could be in for a "bumpy ride" in 2019, with new US national privacy regulation, an ongoing trade war with China, a US resistant to diplomatic responses to hacking and election meddling, and regulatory responses to artificial intelligence.

Key changes that could broadly affect the tech sector include a proposal by the Department of Commerce in November to add artificial intelligence to its controlled exports schedule due to its importance to national security.

Smith, who's also Microsoft's chief legal counsel, says across both sides of American politics there is "greater appreciation of China's momentum in artificial intelligence and other technology and heightened concern about its economic and national security implications".

Smith doesn't mention Donald Trump but notes the "steady wave of US tariff increases on Chinese imports" that the US President hoped would boost Chinese purchases of American products, though not necessarily technology products.

But what type of regulation could the US introduce? Smith points to a paper from Democrat Senator Mark Warner from Virginia. The paper proposes a duty on social-media platforms like Facebook to, in Smith's words, "determine the origin of accounts or posts, identify bogus accounts and notify users when bots are spreading information".

"Warner has played a steady leadership role on the Senate Intelligence Committee, and the coming months will likely put added spotlight on these ideas," writes Smith.

He's also upbeat about the prospect for national privacy legislation, thanks to California's new privacy laws. The laws, considered the toughest in the nation, allow customers to request companies stop collecting and selling personal data.

"Look to the next few months for the spread of privacy legislation to several other state capitals, all of which will set the stage for an even bigger debate on Capitol Hill," writes Smith.

Smith notes that Macron's Paris Call signatories included all EU members and 27 of 29 NATO allies, but not the US. "The New Year brings a new opportunity to bring everyone together," he writes.

He also expects lawmakers to debate artificial intelligence in early 2019. In December, Smith outlined why Microsoft believed new laws are immediately required to regulate the use of facial-recognition technologies.

"The early months of 2019 will see the legislative focus in the US shift to state capitals, with the issue likely to move to Washington, DC before the year ends," he writes.

"In the EU, authorities are monitoring facial recognition and other biometric techniques under the GDPR, and the European Commission has started reviewing the ethical issues more broadly. Globally, this is an issue that's just getting started."

US Senator Ron Wyden renewed his call for new laws that would ban telcos from selling users' location data.

The US and China will attempt to reach an agreement on trade issues in the next 90 days.

The United States and China are discussing a visit to Washington by Vice Premier Liu He, China's top negotiator for higher level trade talks this month.

10 tech trends that will actually be adopted in 2019 TechRepublic

Deep learning, assisted transportation, and virtual reality are among the tech trends that IEEE experts predict will become widely adopted in 2019.

California's new data privacy law the toughest in the US CNET

Developer
Air purifier deal: Save up to $105 on Winix air purifiers