After 11 years, Microsoft is throwing in the towel on its physical retail stores and is refocusing its retail sales efforts around its online/digital store.
Written by Mary Jo Foley, Contributor on June 26, 2020 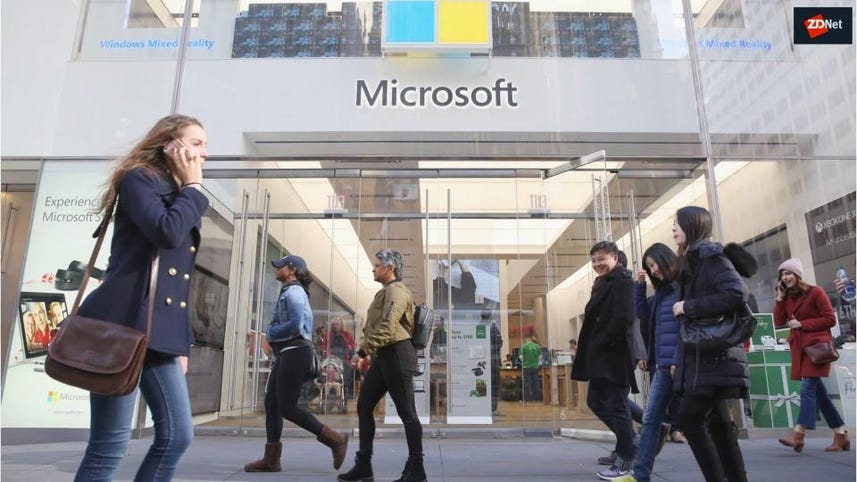 Microsoft is closing its physical retail stores, and instead will focus its retail efforts on digital sales. David Porter, Corporate Vice President of Microsoft Store made the announcement on June 26 via a blog post on LinkedIn.

Microsoft will continue to employ retail salespeople but they will be focused on sales, training and support for consumers, small businesses and enterprise customers, Porter said. Microsoft already had been deploying its retail sales people remotely and in training roles during physical store closures resulting from the COVID-19 coronavirus pandemic.

Microsoft isn't going to close its flagship stores in London, New York, Sydney and Redmond, however. Porter said the company will "reimagine" them as new spaces, which will serve more as experience centers. He didn't offer further details about how customers will be able to visit these centers.

Microsoft originally announced its plans to open Microsoft-branded retail stores in February 2009. Microsoft's strategy was to locate most of these stores as physically close to Apple retail stores as possible.

Microsoft's physical stores offered users a place to see and try out Windows PCs, Windows Phones (until Microsoft discontinued them), Xbox consoles, and a variety of third party PCs and phones (including some Android phones). The flagship stores, like the New York City store which Microsoft finally opened in 2015, also offered demo spaces for products like the Microsoft HoloLens and community/educational spaces.

Microsoft's retail stores never took off anywhere near the way Apple's did, however. Microsoft tried a number of tactics to get more physical stores open quickly by doing things like opening holiday pop-up stores in 2012 as part of its Windows 8 push. But Microsoft always lagged far behind Apple in terms of number of total stores and foot traffic in those stores.

Microsoft said the closing of its physical locations will "result in a pre-tax charge of approximately $450 million, or $0.05 per share," which it will record in the current quarter that ends June 30.

I've asked if today's announcement will result in layoffs and when the stores will start closing. Unofficially, I'm hearing no layoffs. But no official word back so far.

Update: A Microsoft spokesperson provided the official line: "All employees will have the opportunity to stay with Microsoft." (I've heard means they'll continue to work remotely as they have since March, and later, once Microsoft corporate facilities open, they'll still be working with Microsoft in various capacities.) And the store closings are basically already in effect, given all of Microsoft's retail shops closed because of the coronavirus and never re-opened.