Microsoft wants you to build for the cloud and has developed a free Node.js course to help learners on their journey.
Written by Liam Tung, Contributing Writer on Oct. 16, 2020 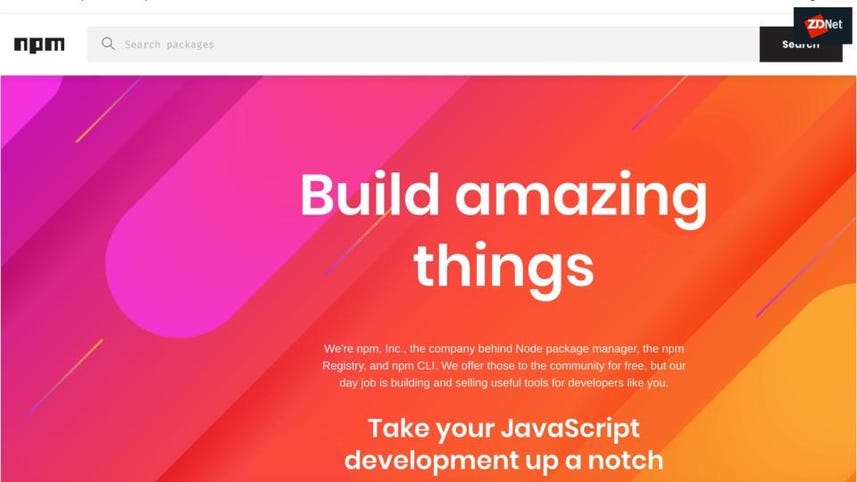 Microsoft has pumped out 26 new short videos on YouTube offering beginners a path to learn about Node.js, the server-side JavaScript runtime environment for building apps and services that run and execute outside the browser.

In the new Node.js series, Microsoft promises to provide the tools for "learning Node.js from the absolute beginning with a strong focus on practice". And it's also good to be a "complete beginner to Node.js", but students are expected to know the basics of JavaScript.

Fortunately, Microsoft last month released 51 videos on YouTube aimed at beginner programmers who are keen to learn JavaScript for building applications in the browser. Node.js uses Google's V8 JavaScript engine from Chrome to run and execute JavaScript code outside the browser.

The modules include an introduction to Node.js that explains what it is, how it works, and when it could be useful. The second module explains how to use dependencies obtained from the NPM registry, while the third takes students through debugging Node.js apps with the built-in debugger and the debugger available in Microsoft's Visual Studio Code (VS Code) editor.

The fourth and fifth modules teach students how to work with files and directories in Node.js apps and how to build a web API with Node.js and the Express.js framework for adding things like authentication.

The second video hops right into installing Node.js on Linux, macOS or Windows 10 Windows Subsystem for Linux (WSL). The third video explains how to install it on Windows for those who don't want to use WSL.

Lasorsa's first lesson explains how not to install Node.js – that is, by Googling 'node.js' and installing it from nodejs.org due to the permission and updating issues users will inevitably run into.

SEE: Remote workers are making their own plans for the future

Other videos show how to set up VS Code for Node.js development, how to create new Node.js projects, how to use NPM scripts for automation, and how to create an API that receives JavaScript Object Notation (JSON) data-exchange format with Node.js and Express.

Microsoft's JavaScript and Node.js series builds on the free beginner Python classes it released last year and followed up with more tutorials this May.