Tech giants are among the companies participating in the initiative, which seeks to create a "health wallet app".
Written by Daphne Leprince-Ringuet on Jan. 15, 2021 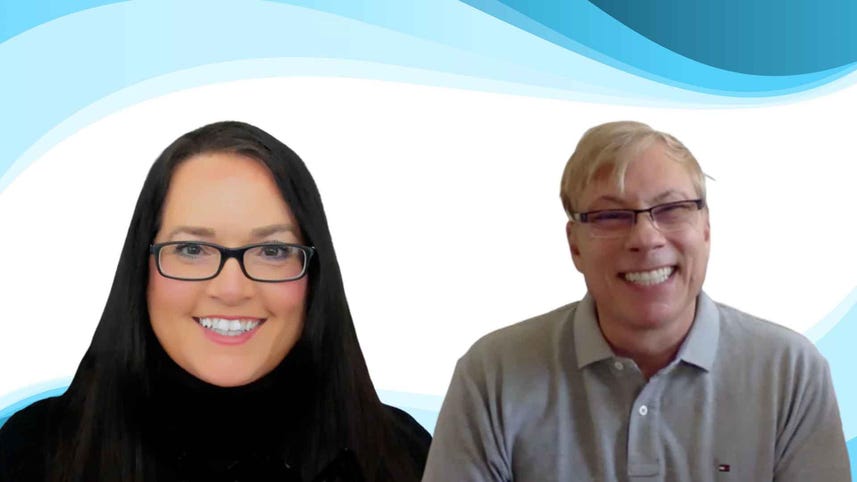 As mass COVID-19 vaccination programs kick off in some countries around the world, a group of leading organizations including Microsoft, Oracle and Salesforce have come up with a new way of keeping track of those who have been given the jab, which could let work, play and travel resume as soon as possible.

Brought together in a new project called the Vaccination Credential Initiative (VCI), the organizations have pitched a technology that would allow people who have been inoculated to keep and access a record of their immunization history in a digital "Health Wallet" app on their phones. Those without a smartphone would receive a paper version of the record containing a QR code to scan in order to access their credentials.

With a digital health wallet directly connected to an affiliated lab, users would be able to demonstrate their health status when required, for example when returning to work or school, or while travelling. The VCI coalition stated that this could, in turn, help bring public life and social activities back to life – going so far as to mention attending concerts and sporting events.

Mike Sicilia, executive vice president of Oracle's Global Business Units, said: "As the world begins to recover from the pandemic, having electronic access to vaccination, testing, and other medical records will be vital to resuming travel and more. This process needs to be as easy as online banking."

To date, there are many different ways that countries keep track of their citizens' vaccination history. In the UK, for example, vaccine updates are added to GP records, while the US uses a state-based immunization information system (IIS), which keeps a confidential digital record of all vaccines administered within a geographical zone.

In most cases, accessing, controlling and sharing verifiable vaccination records is challenging at the national scale, let alone across countries. The VCI would, in principle, remedy this issue with a single data repository based on open standards, that could be accessed by many different groups all adhering to the same rules.

The system will be based on a framework called SMART Health Cards, which was developed on the basis of HL7 FHIR standards – an established set of standards that are already used by health organizations to exchange electronic health records. At the core of the health cards' approach is interoperability: the goal is to enable any organization to participate, provided that they sign on to the relevant trust framework.

"This initiative will grow the standards around data exchange and help patients have access to and easily share verified vaccination information via their mobile devices in situations where proof-of-vaccine is necessary," said David Bradshaw, senior vice president of consumer and employer solutions at technology company Cerner, which is also part of the VCI coalition.

Digitizing information as sensitive as health records comes with a privacy imperative. The VCI said that the technology will be based on stringent security protocols, which include the use of cryptographic signatures to protect patients' data. The Smart health cards' framework also indicates that the tool will be built to disclose the least possible amount of information when needed – although the exact expectations and requirements remain to be defined.

Despite the promise of open standards, transparency and security, the VCI is likely to be met with resistance from human rights activists, who have already warned against the intrusive nature of vaccine passports, and condemned their potential to deepen inequalities between citizens.

Governments have been toying with the idea of health passports for several months: last October, for example, the World Health Organization and Estonia agreed to collaborate on developing a certificate of vaccination to oversee a fairer distribution of COVID-19 vaccines. The EU was recently reported to be looking at a common agreement on vaccination certificates; and the UK has just started testing a "COVID-19 immunity and vaccination" passport, that would let patients who have been tested or vaccinated use a free app to prove their health status.

While this could accelerate the re-opening of workplaces, schools, transportation, and many other locations that have been shut down for months, it could also lead to the unfair treatment of citizens with health records that don't fit the bill.

The latest polls from research firm YouGov show that about a third of the UK population is unsure or unlikely to get the COVID-19 vaccine; the risk is that this choice might determine an individual's liberties in the future. As Microsoft, Salesforce, Oracle, and others move forward with the digitization of vaccine credentials, understanding the social implications of the new technology will therefore have to remain a priority.