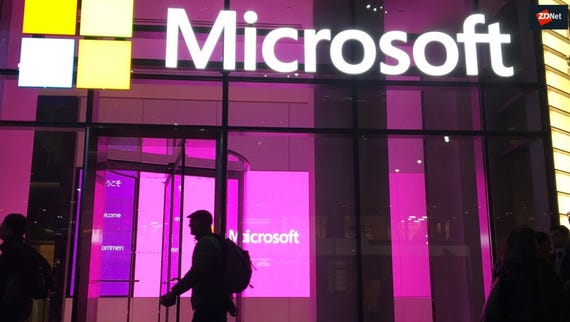 "We are pleased to announce we have completed our roadmap for bringing Skype for Business Online features and functionality into Teams," officials said via today's blog post. (Here's a link to the migration roadmap.)

In today's blog post about the achievement, Microsoft highlighted the messaging, meetings, callings and device-ecosystem enhancements it has made in Teams "in recent weeks."

In the calling arena, where Microsoft had the most work to do in bringing Skype for Business Online features to Teams, here's what Microsoft says it now offers in Teams:

Microsoft's roadmap for the Skype for Business/Teams transition still lists several enterprise voice features as "coming in Q4 CY 2018" (by the end of the quarter). On that list are Call Park, Group call pickup, a preview of location based routing and Shared Line Appearance. I've asked Microsoft if the company already is making these features available to Teams users; no word back so far.

Update (August 24): Ah, so those four features were never part of Skype for Business Online in the first place, a Microsoft spokesperson said. The full statement:

"There are four enterprise-grade voice features on the roadmap for calling in Teams (call park, group call pickup, location-based routing, and shared line appearance) that have not been available in Skype for Business Online to date. They will make their online debut when they are delivered in Teams this calendar year."

When Microsoft told partners in June that Skype for Business and Teams were at feature parity, more than a few Microsoft customers were more than a little skeptical of those claims. Phone support in Teams isn't nearly ready for prime time, some said. And a number of other Skype for Business features either are in rudimentary stages or also not there yet, they said.

Microsoft is offering self-service guidance with best practices and resources to customers who either want to use Skype for Business and Teams side-by-side or to transition completely to Teams. It is also working to provide upgrade/migration tools in the Microsoft Teams & Skype for Business Admin Center, which will be available to all Office 365 customers later this calendar year.

Microsoft also is planning to offer customers "Microsoft-driven automated upgrades to Teams" as an option. Users eligible for this will be notified through email and in the Office 365 Message Center.

So when will Microsoft require all Skype for Business users to move off the platform? The Redmondians still are not providing a cut-off date (I asked again today).

Join Discussion for: Microsoft says it has delivered on its plan...