Microsoft is officially returning to smartphones, with the launch of Surface Duo. The company appeared to give up on phones after Windows Phone failed spectacularly, but it's giving them a go again and appears to be taking an innovative approach by not only releasing a dual-screen device but one that runs Android instead of a version of Windows 10.

Interested in buying Surface Duo? Here's everything you need to know.

What is the Microsoft Surface Duo?

The Surface Duo debuted at an October 2019 event alongside the Windows 10X-powered Surface Neo. It features two screens connected by a 360-degree hinge and is designed to run a modified version of Android. It's therefore considered a dual-screen Android phone -- although Microsoft simply describes the device as the "newest member of the Surface family."

How much does Surface Duo cost?

When will Surface Duo be available?

It's unclear if it will receive a wider release.

How to pre-order Surface Duo 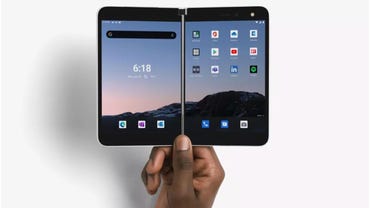 You can pre-order Surface Duo through the online Microsoft Store starting Aug. 12, 2020. You can use an existing SIM card and activate later, or you can order it with an AT&T SIM card. 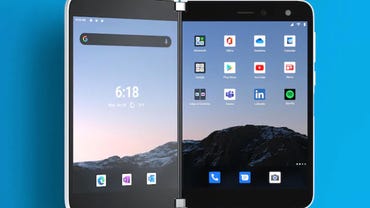 Are there any Surface Duo deals?

If you pre-order the Surface Duo from the Microsoft Store, you will see the option to save up to $50 on Microsoft 365, and you can save up to $33 on the Surface Slim Pen. If you choose to pre-order from AT&T instead, you can spread the cost of the phone over a monthly payment plan, which we provide details on above. These are the only "deals" we've found so far.