Office 365 consumer subscribers soon will be able to buy up to an extra 1TB of storage for a fee. And OneDrive web, mobile and Windows 10 PC users are getting a new secure-storage feature for no additional charge.
Written by Mary Jo Foley, Contributor on June 25, 2019 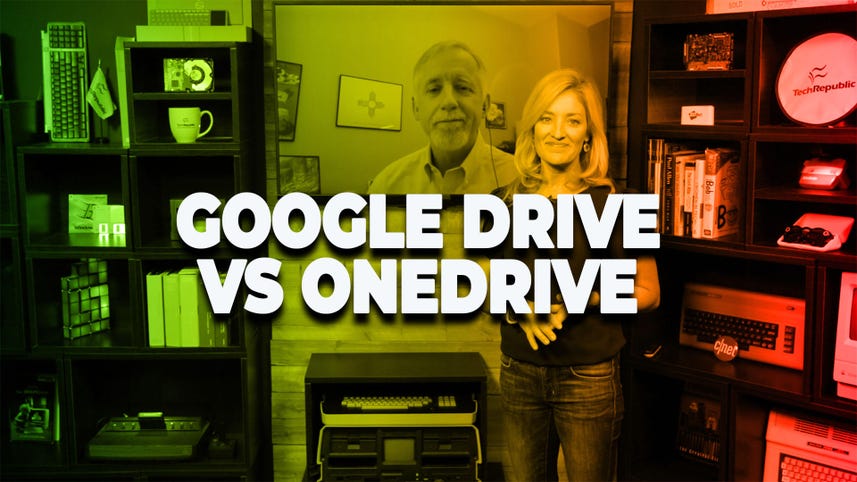 Must read: Google Drive vs. OneDrive: Which one is better for your business?

Microsoft is increasing the storage baseline for OneDrive Personal users who currently pay $1.99 a month for 50 GB of storage. Now these users will get 100 GB of cloud storage for the same $1.99 a month fee. The extra storage will be added "soon" to those users accounts without them needing to take any action, officials said.

Microsoft also finally is enabling Office 365 consumer subscribers to buy more OneDrive storage. As part of their current Office 365 Home or Personal subscriptions, users already get 1TB of OneDrive storage per user for no additional cost. These users are going to be able to buy more storage in 200 GB increments for $1.99 per month, up to 1TB of additional storage for $9.99 per month. The new total maximum of storage that Microsoft is making available is 2TB; there are currently no plans to offer more, said Seth Patton, General Manager of Microsoft 365.

These new additional storage options will be made available worldwide "in the coming months," Patton said. For those who have multiple users with 1TB each under their Office 365 Home plan, only the primary account holder is eligible for the extra storage purchase. (Thanks to Neowin's Rich Woods for that last bit of clarification.)

I asked why it took Microsoft so long to add the paid storage options to OneDrive consumer.

"We've been evaluating this for quite a while," Patton said. "When we did the original 1TB, there was a lot of analysis about what was right for customers and our partners. It took a long time to analyze sustainable service goals." He also said that Microsoft doesn't want Office 365 users to see OneDrive as simply a place for backup; the company wants to position OneDrive as part of the integrated Office 365 service.

Microsoft also is adding a new security feature to OneDrive consumer that it's calling OneDrive Personal Vault. The Personal Vault is a protected area in OneDrive that users will only be able to access with a second source of identity verification such as their fingerprint, face, PIN, Microsoft Authenticator app or code sent via email or SMS. Users can set a time when the Personal Vault will automatically relock after a period of inactivity.

Users will be able to use the OneDrive mobile app to scan documents, take pictures or shoot video directly into Personal Vault without having to go through the Camera Roll.

Microsoft execs suggested the Personal Vault would be a good place to store things like photos of a driver's license, insurance documents or passport. But users can opt to put any or even all of their documents, photos and videos (up to their storage limit) in Personal Vault if they so choose. Multiple folders are supported as part of the feature.