Full Bio
Posted in All About Microsoft on September 23, 2019 | Topic: Innovation 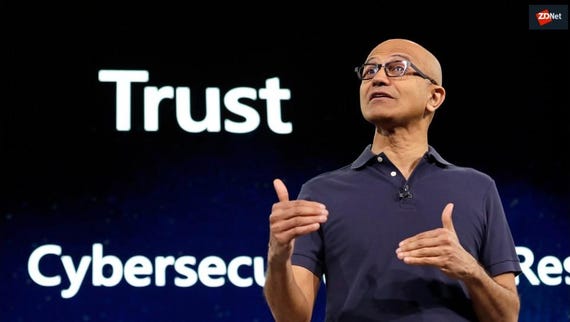 Microsoft is staffing up a new 'Data Dignity' team in the Office of the Chief Technology Officer. The team is researching ways to give users more control of their personal data, possibly even one day enabling them to buy and sell it to third-party entities.

Microsoft increasingly has been banging the privacy drum as a way it hopes to distinguish itself from Google, Facebook and other tech companies which have run into legal and political problems because of their data-gathering methods. Microsoft has run afoul of privacy mavens, especially as a result of its collection of data in the name of telemetry with Windows 10, and more recently, for using human contractors to transcribe Skype conversations. An initiative like Data Dignity could further the company's quest to make itself look like a champion of users' privacy (at least in theory).

I knew Microsoft had been investigating ways to give users more control of their own data after I unearthed some information about the company's "Project Bali" earlier this year. Bali, a Microsoft Research incubation project that seemingly was in private testing as of January, is a "new personal data bank which puts users in control of all data collected about them." The idea is to give users a way to store, visualize, manage, control, share and monetize the data, according to the "About" page for the project, which Microsoft has since hidden.

Today, Sept. 23, The New York Times is running an interactive feature about Jaron Lanier that is focused on data privacy. Lanier is a virtual-reality pioneer and a chief scientist at Microsoft.

Lanier's central arguments in the Times piece are that users have been tricked into giving away their most valuable assets (data); and that users should get paid for their personal data. He uses the term "data dignity" in describing his plan for righting these wrongs.

A quick search on "data dignity" leads to a site called theartofresearch.org. That site says The Art of Research organization is "embedded" in the Microsoft CTO office under the leadership of Lanier. The about page also notes that "here at Microsoft, we have a brand new Data Dignity team headed by Christian Liensberger (now hiring!)."

Liensberger is a Principal PM Manager and advisor to Microsoft's CTO, Kevin Scott. He describes his current role in his LinkedIn profile as managing "a multidisciplinary team of program managers, designers and developers to incubate disruptive ML/AI products that are directly sponsored by Microsoft's senior leadership team. This includes a set of key cross-company initiatives & projects to evolve the approach to ML/AI & data at Microsoft and throughout the industry."

The plot thickens. It seems like Data Dignity is going to be a thing.

The Office of the Chief Technology Officer (OCTO) is working on three overlapping areas: Making deep learning "legible," applying Mixed Reality to the practical use of Deep Learning, and Data Dignity, according to a Microsoft job posting for a design researcher in San Francisco.

A related aside: OCTO's broader mission is is to work with engineers at the company to explore "technology trends such as the Intelligent Edge, Intelligent Car, AI/ML, OSS, data security and privacy, and blockchain. We help take the very best ideas and turn them into business strategies and products."

Also potentially related aside: Microsoft hired Bill Stasior, former Apple VP of AI and head of the team responsible for Siri to be part of the CTO's office earlier this year.

I asked Microsoft whether the company would share more details on what it's planning around Data Dignity and received an official "nothing to share" from a spokesperson. But the fact that Microsoft is starting to rev the PR machine around this makes me think we might hear more relatively soon. Maybe some Project Bali news is coming in the next few months?