Public- and private-sector stakeholders have a range of techniques for supporting the region's tech entrepreneurs.
Written by Damian Radcliffe on Dec. 18, 2020 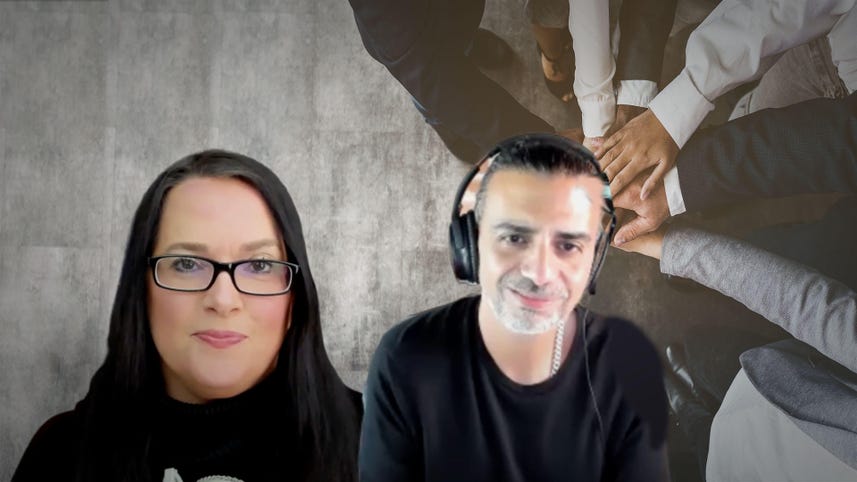 "The Middle East and North Africa are among the last large regional ecosystems to rise up, and emerging markets tend to leapfrog adoption of innovations and technology at higher and higher frequencies," Hasan Haider, a venture partner at 500 Startups predicted in 2017.

"Being a latecomer does not mean staying behind, and the Arabic-speaking world is 500 million strong – young, resourceful, wealthy and a yearning to thrive."

Jump forward to 2020 and, despite COVID-19, the capital invested in the region's startups already matches that for the full year of 2019, offering credence to Haider's prediction. Investment is up from $657m in 2017 to $803m in 2020, according to data shared by MAGNiTT.

Here are nine ways in which these efforts are starting to be realized.

In 2018, Tunisia passed a Startup Act outlining government policies – including exemption from corporate taxes and support in filing patents – all designed to support the startup sector. The move, then prime minister Youssef Chahed tweeted, was just "one more step to anchor our economy in the digital age".

As WeeTracker, a Pan-African, research and media company explains, entrepreneurs, startups, and investors in Tunisia are encouraged to apply for "startup" status. If approved, this unlocks a range of benefits.

"Regular employees who have interests in entrepreneurship can take a year off their job," WeeTracker says, "and still get paid by the government while pursuing a startup venture. And even if they don't succeed, a return to their old job is guaranteed."

Elsewhere, in nations such as the United Arab Emirates, the creation of free zones has historically been used to help stimulate new businesses.

Perhaps the oldest of these, Dubai Internet City (DIC), launched in October 2000. Back then, as Majed Al Suwaidi, managing director of Dubai Internet City told ZDNet in 2015, "Dubai's ICT industry was still in its infancy and DIC had only 100 companies."

DIC's network has now expanded to 1,600 business partners and 24,000 professionals, across such areas as the Internet of Things, artificial intelligence, Big Data, cybersecurity, cloud and robotics.

In 2019, the UAE Government announced long-term visas to the top 100 Arab startups that were selected by the World Economic Forum at a conference held in Jordan.

"This collaboration… reflects our commitment to facilitate businesses, create an attractive and encouraging environment for growth, and underline the UAE's position as a global destination for talents," Abdullah Bin Touq, secretary general of the UAE Cabinet, said.

Another nation, Israel, can attribute much of its success in this area to investment in R&D. The country has the world's second-highest R&D expenditure as a percentage of GDP at 4.58%, compared with an OECD average of 2%. In contrast, Iraq spends just 0.04%, according to UNESCO data.

Deloitte notes that Israel has become "the world leader for number of startups per capita – with 2,000 startups founded in the past decade, another 3,000 small- and medium-sized startup and high-tech companies, 30 growth companies, 50 large technology companies, and 300 multinational corporations R&D centers."

Shelly Landsmann, the former general manager for Microsoft Israel, has recounted how the Israeli government was also an early investor in incubators, establishing a Technology Incubator Programme in the early 1990s.

Today, Microsoft observes, "there are over 25 incubators across the country, which offer government funding of up to 85% of early stage project costs for two years. These incubators nurture companies from seed to early stage, therefore mitigating the risk to the investor".

Accelerators and incubators can be seen across the region, including Oasis500 based in Amman, Jordan, Flat6Labs, which currently operates out of Cairo, Jeddah, Abu Dhabi, Beirut, Tunis and Bahrain.

6. The emergence of tech hubs

The GSMA identified 618 active tech hubs in Africa last year, including 56 in Egypt, 31 in Morocco and a further 29 in Tunisia.

"Egypt, with 56 active hubs, is positioned as the de facto node between the African and Middle Eastern ecosystems," they write. "In addition, Cairo is home to one of the largest pools of leading venture funds, including Algebra Ventures, A15, and Sawari Ventures and several large startups that have recently shaken the headlines, such as Swvl, due to their massive funding rounds."

Meanwhile, Casablanca and Tunis each have around 20 hubs each. Across 54 African countries, the top 10 cities account for more than 40% of total active hubs, demonstrating how specific locations are creating their own local startup ecosystems.

This funding includes established networks like Dubai Angels, which invests in Seed and Series A funding rounds, coupled with newer entities like Doha TechAngels (DTA) further contributing to these efforts.

In July 2019, it was revealed that the London-based VC Hambro Perks was looking to invest in two to three Islamic startups as well as open an office in Abu Dhabi. The early-stage investment company told Arabian Business: "We want to be the first London VC in the Gulf."

Closer to home, STC Ventures is "an independently managed venture capital fund whose anchor investor is the Saudi Telecom Company". It has invested in businesses such as the ride-share service Careem, now owned by Uber, and Islamic fashion outlet Modanisa.

The fund seeks to support the development of innovative technology companies in the GCC, wider Middle East North Africa region and Turkey, as well as "globally minded international companies seeking capital and access to the region".

A number of tech titans have been active, and increasingly so, in the Middle East.

Microsoft is just one of a number of international players actively invested in the region. In 2019, it signed an MOU with Cubical Services, a business incubator to support entrepreneurs and startups in Kuwait, as part of its wider Microsoft for Startups programme.

Google's efforts include an Innovation Hub which launched in 2015 in the UAE, while Amazon is using Bahrain as the base for its first AWS Region in the Middle East.

Meanwhile in May 2020, Intel announced it has acquired Moovit, an Israeli mobility-as-a-service solutions company, for approximately $900m.

"The addition of Moovit brings Intel's Mobileye closer to achieving its plan to become a complete mobility provider, including robotaxi services, which is forecast to be an estimated $160bn opportunity by 2030," the company said in a statement.

"Our region has its challenges, including legacy issues such as difficulties in registering businesses, job protectionism, and low investment in research and development," acknowledged Khalid Al Rumaihi, chair of the Bahrain Development Bank in 2019.

"On the other hand," he added, "we have a significant advantage thanks to our youthful demographic profile. The region's median age is under 30, and strong population growth continues. There is no country in the GCC where people under 25 make up less than 30% of the population."

Harnessing the power of youth, coupled with economic diversification and making it easier to do business, will be fundamental to the financial future of the region. As we can see, many of those building blocks are increasingly being put in place.

In the meantime, successes such as the acquisition of Souq.com by Amazon and Careem by Uber allow every entrepreneur and investor to dream of one day making it big.

"There tends to be the stereotype that the local community is less entrepreneurial and that's just not true," Nina Curley – the first managing director of Flat6Labs Abu Dhabi – told ZDNet in 2015.

"When you peel back the layers and look at all of the businesses that people are starting alongside full-time jobs, then you would be hard pressed to find someone who isn't developing a concept in their free time."