Full Bio
Posted in Between the Lines on May 7, 2018 | Topic: Innovation 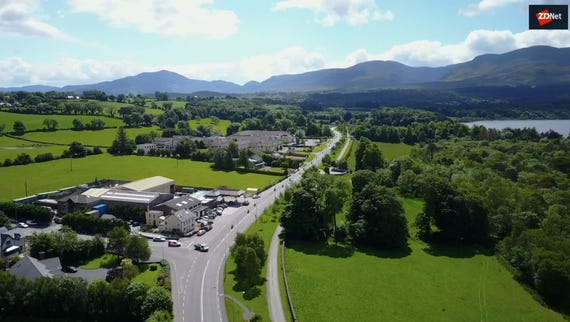 The development of self-driving vehicles is in full swing, but there are bumps in the road ahead.

Companies including Google are testing full fleets of autonomous vehicles, but one of the major obstacles is that self-driving systems require maps of their environments in order to avoid objects, hazards, and to navigate safely.

Driving-related objects, including stop signs, pedestrian crossings, curbs, and more must be mapped in order for self-driving vehicles to act in an appropriate manner on our roads.

This requirement alone has limited self-driving car pilots to the major cities and towns in which technology firms and automakers are performing tests and investing in the creation of full 3D maps.

However, researchers from the Massachusetts Institute of Technology (MIT) hope that a new navigation system will free autonomous vehicles from city streets.

There are millions of miles of road in the United States alone which are unpaved, unlit, unreliably marked, and in rural and remote areas. These factors prevent self-driving cars from being suitable to drive there, but MIT's MapLite is a system which may allow these vehicles to drive on new and unexplored roads.

Uber's fatal accident during self-driving car tests forced both technology firms and regulators to take a step back and reassess how ready autonomous vehicles truly are for our roads.

While self-driving cars rely on constant map scanning and visual algorithms to stay out of collisions and accidents, MIT's framework focuses on more "human" elements of navigation.

MapLite uses the same GPS data you can access through services such as Google Maps together with sensors which continually monitor road conditions. MapLite relies on GPS to gain a rough estimate of the car's location, while LIDAR sensors estimate the location of road edges.

A "local navigation goal" is set as a final driving point and MapLite uses GPS, sensors, and basic assumptions about how to get there safely, including the general level and surface of roads in comparison to surrounding areas.

The scientists say that these elements combined have allowed them to autonomously drive on a variety of unpaved roads in Devens, Massachusetts, and the test vehicle was able to detect the road up to 100 feet in advance.

MIT outfitted a Toyota Prius with MapLite, LIDAR, and IMU sensors to conduct the tests. In addition, the team has developed minimalist models for use by MapLite to determine behavior depending on different situations -- for example, how to drive at intersections.

"The reason this kind of 'map-less' approach hasn't really been done before is because it is generally much harder to reach the same accuracy and reliability as with detailed maps," says CSAIL graduate student Teddy Ort, lead author on a related paper. "A system like this that can navigate just with onboard sensors shows the potential of self-driving cars being able to actually handle roads beyond the small number that tech companies have mapped."

MapLite is still in the early stages and is not reliable enough for more hazardous conditions such as mountainous areas, as elevation is among the factors which are yet to be included in the framework.

See also: Smart roads: How intelligent surfaces can warn you of hazards round next bend

However, the scientists are optimistic about MapLite's future and how it could be applied for trips taken away from major cities and towns.

"I imagine that the self-driving cars of the future will always make some use of 3D maps in urban areas," says Ort. "But when called upon to take a trip off the beaten path, these vehicles will need to be as good as humans at driving on unfamiliar roads they have never seen before. We hope our work is a step in that direction."

The research will be presented this month at the International Conference on Robotics and Automation (ICRA) in Brisbane, Australia. The MapLite project was supported in part by the National Science Foundation and the Toyota Research Initiative.