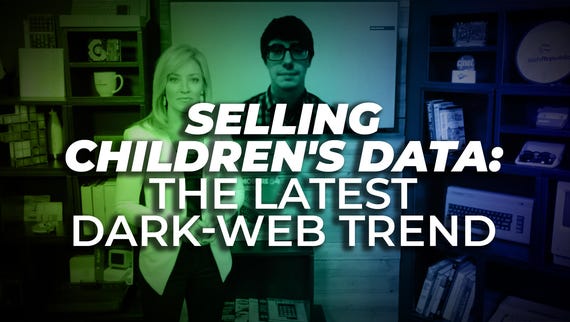 Although parents often do not know this, children are spending, on average, three-and-a-half hours on their smartphones every day. But when asked, parents think that their children only spend an average of 1 hour 18 minutes -- a difference of over 2 hours.

Global electrical and electronic components company RS Components have asked parents with children aged 16 and under their views when it comes to their children and technology.

In new research, RS Components asked over 1,000 parents for their views in May 2019.

The survey included a series of questions that covered the amount of time they thought their kids spent on different devices, the appropriateness of various social media platforms if they used parental controls, and whether they checked their children's devices.

The research showed that almost half (47%) of the parents asked agreed that children spend too much time online.

Despite children spending an average of 7 hours a day using technology overall, over two out of five (43%) of parents would not ask their children for help when it comes to using the internet or tech devices.

Parents tend to give access to technology items such as gaming consoles, tablets, and shared PCs when their children are aged 6 to 8 years old.

Children are given smartphone access, and private computer access at 11 to 12 years old, and virtual reality devices, voice assistants and smartwatches at age 13 to 14.

Parents preferred some technology platforms more than others. Almost one in six (14%) thought that YouToube was very appropriate for children, whereas only 2.4% felt the same about Twitch or Tumblr.

But when children have access to technology, many parents do not check what they are doing. When it comes to safety online, parents expressed more concern for girls than boys, with over a quarter (26%) of parents agreeing that girls are more vulnerable online.

Only 14% of parents admitted to regularly checking their child's devices and social media without their knowledge. Over a third of fathers agreed that children were safer with a mobile phone rather than having no way to contact them.

Fewer than one in five (17%) have installed tracking software onto their child's devices. Two out of three (67%) do not have any way to track what their child accesses online.

Generation Z is the most prominent user of social media platforms such as Instagram, Twitter, and Snapchat, so their opinion about how kids use tech showed some interesting results.

Almost one in three (32%) of people aged 16 to 24 agreed that girls are more vulnerable and negatively impacted by social media than boys. However, only 12% of 16 to 24-year-olds think that age limits for social media accounts should be higher for girls.

Almost half (48%) of 16 to 24-year-olds strongly disagree that boys and girls should be treated differently when it comes to access to social media.

Although the generation that uses social media the most have expressed concern for girls online, they do not agree that treating genders differently online will stop girls from being targeted.

Although tech offers excellent opportunities for children to develop and improve, there are issues around tech safety and screen time. Almost half of the parents (46%) think that technology has a positive impact on their children's lives, there are still concerns.

Alexandra Berger, senior vice president marketing and communications at RS Components, said: "For parents, it is really important to be able to contact their children whenever they need to, and in this day and age, where technology is at the forefront of all communications, it's so easy to speak to someone in seconds.

However, with child safety online being a well-debated topic, it is surprising to see that only 14% of parents admitted to regularly checking their child's devices."

Are you suspicious about your phone? Have a look at these settings to put your mind at ease.

Under 45s trust bots over humans with personal data

We are becoming more and more concerned that AI will replace humans in business. Now, a new study shows that digital assistants appear to be more trustworthy.

Fraudsters are taking advantage of new opportunities, as our desire for more apps -- and associated ads -- grows.

Most Americans think they will be victims of cyber crime -– yet not many are concerned about it.

Join Discussion for: Most parents never check their children's...