A survey by Australia's Department of Communications has again shown online copyright infringement rates dropping off across TV series, movies, and music, though rising slightly for video games.

The annual consumer survey on online copyright infringement for 2018 saw 2,453 people quizzed on their downloading and streaming practices, with the finding that consumers are increasingly paying for digital content.

"This trend is probably driven by paid streaming services such as Netflix and Stan, which have been shown to experience dramatic popularity over the past few years and negates the need for consumers to source the content using other means," the department noted.

"When looking collectively at all four content types, there is a greater proportion of consumers that are 100 percent lawful in 2018 compared to previous years. This finding is consistent with the view that legal streaming services are increasingly being used by digital content consumers and having a positive impact on the reduction of, or need for, unlawful consumption."

The most common responses for a preference to use paid services rather than infringing were that it is easier, quicker, and better quality.

In response to the piracy site-block laws, the survey found that 56 percent of consumers said they would give up if faced with a blocked site; 34 percent would seek alternative lawful access; and 7 percent would try to bypass the blocked site.

"It is interesting to look at the impact of blocking unlawful sites and consumers' attitudes and actions when encountering a blocked site," the report said.

"Less than 1 percent managed to bypass the blocked website and to achieve this, participants used VPN (30 percent) or proxy websites (21 percent). To a lesser degree, respondents also used Google Translate (15 percent) or changed the network proxy in browsers (11 percent)."

Website blocking had been legislated under the Copyright Amendment (Online Infringement) Act, which passed both houses of Parliament back in mid-2015 and allows rights holders to obtain a court order to block websites hosted overseas that are deemed to exist for the primary purpose of infringing or facilitating infringement of copyright under Section 115A.

The Australian government opened consultation on the piracy site-blocking laws in mid February, with the Department of Communications seeking feedback on the effectiveness and efficiency of the mechanism, whether the application process and injunctions are operating well, and whether any amendments are required.

According to the department, there has been a "correlating" reduction in copyright infringement since the legislation was passed -- although this also coincides with the launch of streaming services in Australia, as noted by previous reports by the government.

The most recent site-block case being heard in the Australian Federal Court, with an initial hearing last week, sees websites offering access to scripts with subtitle files that can be combined with movies and TV shows now facing possible piracy blocks, with claims that 151 domains facilitate the infringement of literary works.

The case is being brought by Roadshow Films alongside the world's largest producers of Chinese media content, TVBO Productions and Television Broadcasts (TVB), and Madman Entertainment, which is the exclusive licensee of Japanese anime content.

Another successful Federal Court case by Roadshow in April had resulted in Australia's internet service providers being ordered to block 16 online locations of alleged piracy websites.

In that case, Justice Nicholas approved the block of domain names being used by smart TV boxes to access alleged copyright-infringing streaming services via apps. Roadshow had said it is willing to continue paying for the cost of piracy website blocks because it is in the "public interest".

The most recent piracy blocks came in June, when the Federal Court ordered Australia's internet service providers to block another swathe of allegedly illegal torrenting and streaming websites, after just one day after the one-hour hearing.

That hearing had seen counsel for Foxtel present evidence against 11 to 15 torrent websites and 10 streaming sites, including streaming site HDO and torrenting sites ETTV and Torrents.me, as well as a new version of the Pirate Bay, which was blocked years ago under a previous Foxtel case. 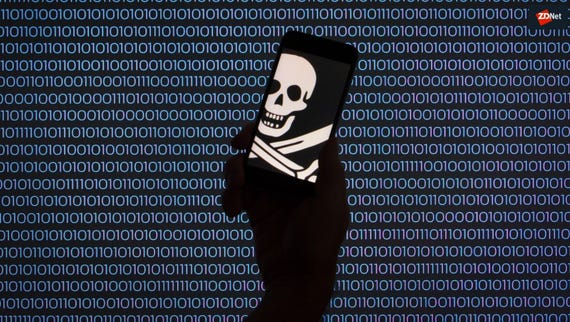 Join Discussion for: Movie and TV piracy drops across Australia...