Samsung just revealed more details of its upcoming 4G Galaxy Fold device at Unpacked this week. Someone then spotted a billboard going up at MWC that shows Huawei's offering that appears to trump Samsung's model in a couple of ways.
Written by Matthew Miller, Contributing Writer on Feb. 22, 2019 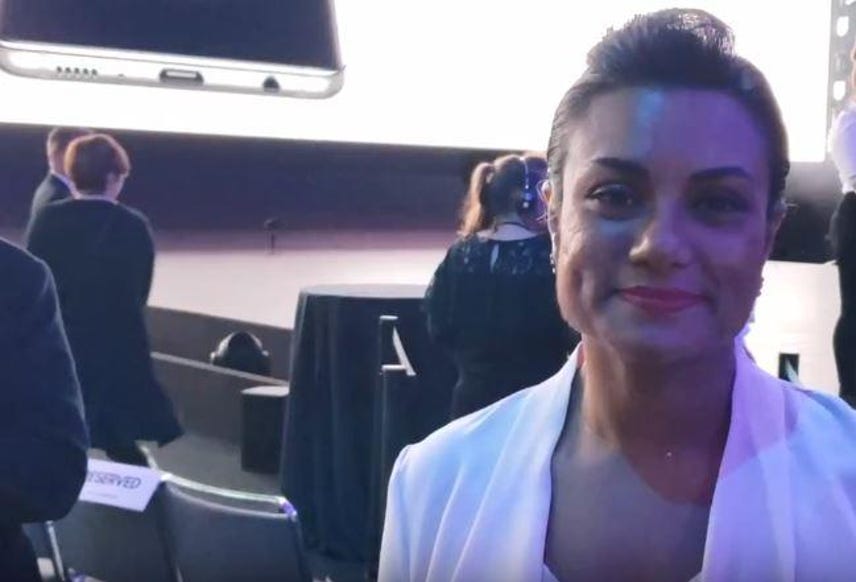 Samsung revealed the Galaxy Fold at Unpacked a couple of days ago and both Larry and I are trying to justify the purchase decision we have to make in April. Huawei appears to have just told Samsung to hold its beer as Twitter user @gimme2pm posted a photo of a Huawei billboard at MWC in Barcelona that shows images and the name of Huawei's folding phone, the Mate X.

The possible Mate X does not incorporate an external and internal display, with the associated complicated software transition that requires, but instead has the display on the outside that folds behind itself. This was a design approach many Twitter users stated Samsung should have taken and could end up being a less expensive option.

This type of folding arrangement makes the back and front the display, but given that phones today already have glass front and back panels there may not be any added risk in taking this approach.

The words on the billboard also state, "World's First Foldable 5G Phone." The Samsung Galaxy Fold is not a 5G-enabled device, which is one reason I hesitate to fork over $2,000 for a phone that doesn't take advantage of 5G networks. We won't see widespread 5G network support until at least 2020 and I'm not sure if a Huawei 5G phone will work with the 5G networks in the US.

One thing is clear in early 2019, foldable phones truly are coming and while they are only for early adopters and those willing to fork over large sums of money to test out the technology it is great to see we will have options. We are sure to find out more next week when MWC officially kicks off.