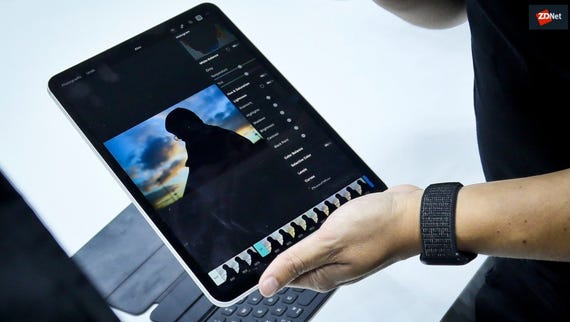 It's not cheap but new Geekbench scores show that the A12X chip powered iPad Pro has multi-core performance comparable to the 15-inch 2018 MacBook Pro with Intel's six-core Core i7 chips.

The scores are just a snapshot of performance but nonetheless line up with Apple's claims at the iPad launch this week that it would see a major performance boost over last year's iPad Pro. Multi-core tasks are up to 90 percent faster, Apple said.

As noted by MacRumors, that the A12X iPad's performance is now within range of higher-end MacBooks bodes well for Apple's rumored plans to use its A-series chips in some future Macs, which could happen as early as 2020.

Apple doesn't quote RAM in its iOS device specifications, but developer Steve Troughton-Smith says the new iPad Pro with 1TB has 6GB of RAM, while iPad Pro with 64GB, 256GB, and 512GB storage capacities get 4GB of RAM.

The new iPad Pro includes Face ID, and does away with Apple's Lightning port in favor of USB-C, allowing it to connect to a 5K display or use its larger battery as a power bank for an iPhone.

The 11-inch and 12.9-inch models are available for pre-order today and will be available to purchase from November 7.