When Nokia said it had no plans to make mobile handsets again, that wasn't the end of its hardware ambitions: last year it bought Withings, a health devices company headquartered in France, for €170m as its way into the health and fitness market.

The deal concluded in June last year, bringing together Withings' hardware capabilities with Nokia's own patient care and preventative health teams. The two will form the basis of Nokia's digital health business unit, which will "design smarter products for healthy living", according to the company. Withings has now been folded into Nokia Technologies, the company's R&D and patents arm.

"We have a clear mission of accelerating the product roadmap, accelerating the delivery of new health solutions -- devices and applications -- and making sure the teams are working together on several fronts, not just technical, but the marketing and communications," Cédric Hutchings, Withings CEO before the acquisition and now Nokia's VP of digital health, told ZDNet. 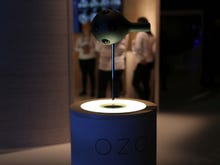 OzoMG! Why Nokia chose a virtual reality camera for its hardware comeback Nokia's first piece of kit since the sale of its handset business is a silver sphere that captures 3D film and video in 360 degrees. Here's how the Ozo came into being.

Having Nokia onboard gives Withings an opportunity to grow, he added: "Digital health is one of the biggest IoT verticals that has emerged and is very consistent with Nokia's vision and assets... it's about being able to scale with mass-market potential, the capacity to partner with large-scale strategic partnerships."

The first fruits of the Nokia-Withings union will begin to show in the product roadmap this year, Hutchings said.

Something else also likely to make an appearance is the Nokia brand on the health devices that the company makes: "In the future, the Nokia brand will be used for digital health products. The trend will lead towards using Nokia as a platform for our digital health activities," said Hutchings. While there's no official timescale on when the rebranding will happen, it will be interesting to see whether it coincides with the reappearance of the Nokia name on the devices made under licence by HMD Global.

Withings makes a range of hardware and apps: some, like smartwatches, are familiar consumer fare; others, such as a forthcoming connected hairbrush that analyses the health of your locks as you brush, are less so.

One common thread running through Withings' portfolio, however, is that the devices tend to add a more medicalised layer on top of common devices. For example, its recently-released Body Cardio scale not only measure users' weight, body fat percentage, heart rate and other metrics, and send them wirelessly to an app, it also records pulse wave velocity, a measurement more familiar to doctors than consumers.

Nokia has already struck up a partnership with the University of Helsinki and the Helsinki University Hospital to develop remote monitoring products for neurology outpatients, saying the deal reflects "the company's intent to enter the regulated healthcare space". Is the company intending to focus more on the enterprise healthcare vertical as well as the consumer market?

Nokia's digital health business aims to "bridge consumer device experience into healthcare patient solutions", Hutchings said. "One of the shared visions between Nokia and Withings is that there is no definite split or frontier between the consumer world and healthcare."

By making devices that consumers are comfortable to use at home, such technologies can also give doctors a way to ensure that patients are following their treatment on a long-term basis through the data they gather. "We'll see more and more from this common project [of Nokia and Withings] that involve what look like consumer products, but which really integrate and embed into healthcare and remote patient monitoring environments. We'll be seeing more and more of these pilots, and in the future, large-scale deployments of such solutions."

Nokia also announced a deal with IBM Watson to use the cognitive computing system's analytics capabilities alongside Nokia's own IoT platform and devices, for use in caring for the elderly and vulnerable.

Ultimately, the company will be able to "deploy devices that can acquire many different kinds of data and information. We think there is a bigger opportunity to plug analytics and AI into these solutions to make sense of the data," Hutchings said.

The technology could be used to pick up subtle signals that an individual is experiencing problems and needs help. By identifying, for example, when someone has stopped going out of the house or hasn't had company for a while, it could remind their family to visit, or a healthcare professional to check in and see whether they've developed a medical problem which needs attention. 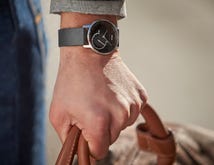 Making healthcare products for older users -- a growing market as the population ages in developed countries -- is an area that the tech industry has historically not excelled in, according to Hutchings.

"We think forward-looking digital health is about providing solutions not for geeks, not for health obsessed people, but for the rest of us," Hutchings said. "[Technology for elder uses] is a tremendous new opportunity that is very badly tackled today. Now we have the opportunity to really work on embedding this technology into truly simple devices that will be a better fit for the elderly population."

As well as the healthcare vertical, Withings Nokia is also expanding into other new markets: it launched a home monitoring product at this year's CES. The company's move into 'environmental monitoring' technologies was flagged up earlier this year by Nokia Technologies' then president, Ramzi Haidamus, so it's likely to be a product line that will only grow with time.

The Home Camera, which integrates with Apple's HomeKit, allows remote home monitoring while also tracking the indoor air quality of the building. Like Withings' health products, the Home Camera could potentially be a product aimed at consumers but equally at businesses too -- something homebuilders might install in new properties in future, for example.

"Being able to access data on your environment is a key pillar in wellness and health," Hutchings said. "Your environment has a strong impact on your health."

Join Discussion for: Nokia's vision for digital health: From AI...