"We work with the best people in the industry, except instead of making TV shows, we make tech products," says All Turtles' co-founder and CEO.
Written by Tonya Hall on April 10, 2018 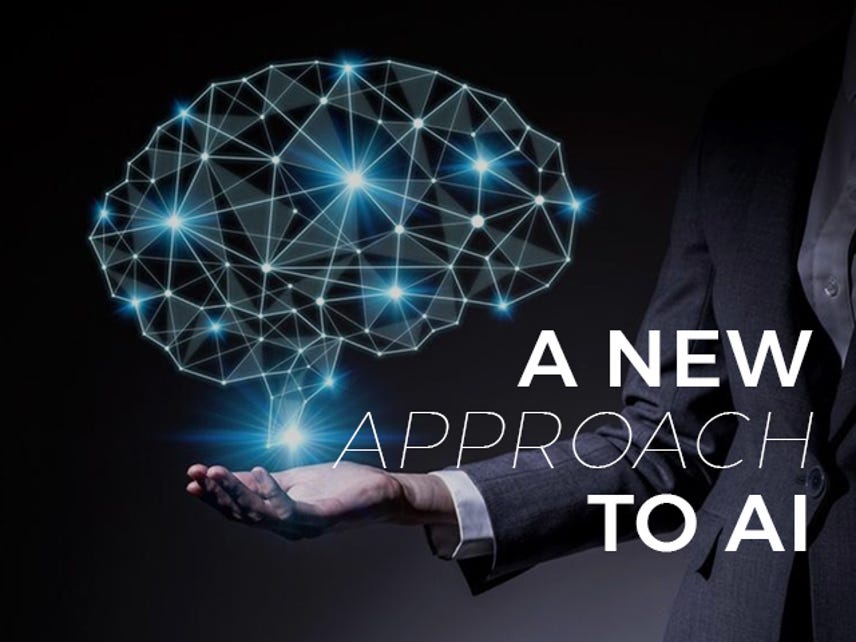 Tonya Hall: Another turtle wins the race, a race that involves artificial intelligence. Hi, I'm Tonya Hall for ZDNet, and joining me is Phil Libin. He is the co-founder and CEO of All Turtles. Welcome, Phil.

Tonya Hall: What does All Turtles do exactly?

Phil: Well, we are an AI startup studio, so we make what are hopefully going to be important practical AI products.

Tonya Hall: Where did the name All Turtles come from?

Phil Libin: You're getting right into the hardest question. I really just wanted an unusual name, because we're doing something pretty different, and I kind of wanted a name that was so unusual that it forced you to make a new box in your head to think about it. I wanted something that didn't fit very comfortably alongside other preconceived concepts, so I kind of thought All Turtles was a suitably unexpected name. It comes from turtles all the way down, which I think is a Bertrand Russell anecdote, but it doesn't really mean anything. It's really about having something that sounds like it's the first of its kind.

Tonya Hall: You guys are a traditional studio in that you do all the work there at All Turtles. You don't just advise, you actually are with the project from beginning to end to fruition, right?

Phil Libin: Yes. We're a studio in the sense that like Netflix is a studio or Amazon Video or HBO. We are a place that makes really innovative products with really talented people. We distribute them. We do everything to make the products scale. We work with the best people in the industry, except instead of making TV shows, we make tech products. It's on the one sense a very old school model. It's kind of the way Hollywood's been working for the past 10 years, but we're trying to apply it to the tech industry.

Tonya Hall: You focus on artificial intelligence and AI is such an overused probably term right now, but it's something that we're all talking about, we're all thinking about. You just launched in fact a project today. Can you talk about that?

Phil Libin: Yes, we launched a company called Spot, a product called Spot, which is at TalkToSpot.com, and it's an AI for reporting harassment and discrimination at work. It's something that you talk to. It's fully automated. You don't have to talk to any humans, and it walks you through this scientifically developed cognitive interview, so it's a series of questions that are kind of made to get the best possible, the most accurate possible version of what happened, of an emotionally unpleasant experience, lets you record it, write it down, and then produces a secure, validated PDF that you can then hold onto or share with your employer anonymously if you want, or not anonymously, and start the conversations that way.

Tonya Hall: What kind of startup makes a great All Turtles client or partner?

The second criteria is it needs to have great founders, so we're not consultants. We don't build things for other people. We want to work with founders who are in love with the problem. They're in love with an important problem. They're hopefully indifferent about the solution, so they're willing to iterate through a few different solutions, but really their life's work is to solve a particular problem. Because they're so obsessed with the problem, they become some of the smartest people in the world about that problem.

The third criteria is unlike VCs, we don't care how big something can get. We don't ask, "Could this be a $10 billion outcome?" We don't care about the ultimate size, but we do care about does it have a strong chance of being inherently self-sustaining. We want to work on things that can stand on their own two feet, that can support themselves, that can be inherently profitable, that are real business models.

The fourth criteria is timing. We want to work on stuff that we can get to market in a year, year and a half, but that would've been totally impossible like three years earlier, because the tech stack wasn't there. If we tried to solve any of the problems we're working on now three years ago, we would've needed to be the size of Google, but because of new tools, the new tech stack over the past couple years now, 10 or 20, really brilliant designers and engineers can tackle it.

If you've got an idea that solves a real problem, if you've got great founders, if it has a realistic chance of being self-sustaining and profitable, and if we can get it to market in 12 to 18 months in a way that would've been ridiculously impossible three years ago, then that's the kind of thing that we want to work at at All Turtles.

Phil Libin: I think everything starts with the problem. This is where 99% of founders go wrong. I've been in startup land for over 20 years as a founder, as an angel investor, as a VC, as a mentor, as kind of all sorts of stuff. 99% of the time, literally, at least 99% of the time, the ideas that are here aren't rooted in a problem. They're rooted in something else, and most things that start with anything other than a crisp focus on what exactly is the real problem we're trying to solve don't get very far. It's like all of blockchain right now is in that bucket. It's not an actual crisply articulated problem. It's a bunch of other stuff.

I just generally find it enough to insist on everything has to start with a crisp articulation of an acutely felt problem. Everything else we can do. Everything else can flow from that, as long as we have the understanding of why exactly we're doing this, what exactly we're trying to solve, and then how are we going to do it.

Tonya Hall: I've heard you talk about having the right team, hiring the right people, and that culture is really important. What kind of background do you look in hiring an AI developer?

Phil Libin: There's kind of three types of people that hang around at All Turtles. I think we're up to about 150 people in the studio total, and worldwide we have three locations. We're in San Francisco and Tokyo and in Paris.

There's kind of three different buckets of people, so there's founders. These are people who are the founders of these studio companies, and these are the people who are really in love with a particular problem, who are experts, who have a life's work to solve this problem, like Dr. Julia Shaw and Dylan and Daniel, who are the co-founders of Spot, the company that just launched earlier this morning, people who are just passionate about this space. Those are the founders, and what we really look for there is we don't really care what the background is. We care about the depth of understanding and the passion.

There's people who are the team members, who are just the engineers, designers, everyone else who works on this, and those are just your typical startup people. We're looking for enthusiasm, work ethic, raw talent.

There's people who work on staff at the studio at All Turtles, and those are typically kind of people who are near the top of their career, who are really deep subject matter experts in particular fields that most startups have no idea even exist. For example, rigorous user testing or pricing theory or intellectual property.

The people on staff work across multiple studio companies at the same time, and the people who are on the team work full-time for their team, but it's a pretty big diversity of backgrounds and talents. In fact, that's the whole point is we think that real talent is exceptionally rare, but totally evenly distributed in the world, and we want to make a structure where super talented people regardless of where they are have an opportunity to express their talent in a way that actually makes an impact.

Tonya Hall: Well, I'm glad that there's a place that they can do that, and All Turtles sounds like you guys are doing a great job. I really appreciate you spending a few minutes to talk about the type of work that you do, and if somebody wants to maybe be a partner with you and apply to work with you and your team, or just follow you, how can they do that?

Phil Libin: Well, on the web, we are at All-Turtles.com, or on Facebook at All Turtles Co. Any of those are great ways to get in touch, and we're young. We're only about seven months old, so the most I can say is we are off to a super good start, but we still need to figure out all the important questions. If you want to help us figure it out, we'd love to hear from you.

Tonya Hall: Thanks again, Phil. You can follow me right here on ZDNet or find my interviews, more of my interviews, on TechRepublic. Maybe find me on Twitter. I love to tweet, and I'm sure to talk to you @TonyaHallRadio on Twitter, or find me on Facebook by searching for The Tonya Hall Show. Until next time.

Deals
Why would Apple recycle old chips in the new iPhone?