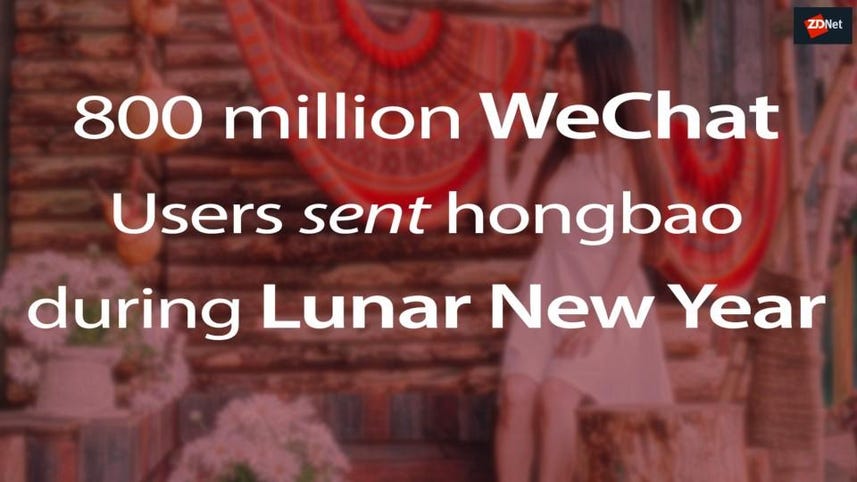 WeChat, the most popular messaging app owned by Chinese technology giant Tencent, has witnessed a record 823 million users sending and receiving red packages -- the monetary gifts commonly known as "hongbao" -- through the messaging app during the first six days of Lunar New Year starting from February 4, up seven percent from 768 million users seen from last year.

The record number accounts for more than 80 percent of WeChat's active accounts -- accounts used on on a daily basis -- and follows the announcement last month by WeChat that it has over 1 billion active users.

The record number also indicates that the sending out of hongbaos -- a commonly seen traditional across the 1.4 billion population in China -- has migrated heavily to mobile apps, with nearly 60 percent of the Chinese population adopting the approach to celebrating the New Year and connecting with family and friends.

Tencent data also revealed that people born after 1990 were the most active participants in sending digital red packets on WeChat compared with other age groups. Beijing, Guangzhou, and Chongqing were the top three Chinese cities in sending and receiving WeChat red packets.

Apart from Tencent's WeChat, other Chinese technology giants have also invested lavishly to attract users to their respective platforms, riding on the momentum of Lunar New Year.

Alipay, the mobile payment app owned by Alibaba, successfully attracted 330 million Alipay users to play a game designated for the traditional Lunar New Year, with participating users receiving a total amount of 500 million yuan (US$74 million) offered by the Chinese company, and the luckiest ones winning as much as 4,000 yuan.

China's top searching engine Baidu also claimed to allocate cash awards worth 900 million yuan during the traditional festival, while registering more than 20 billion interactions among the users who were trying to win these awards.

WeChat Pay, the digital payment method embedded in WeChat, also revealed that Hong Kong, Macau, and Bangkok were the top three overseas destinations where WeChat people made payments with their smartphones during the past week.

During the six-day period of the Chinese festival, more than 1.24 billion WeChat payments were made in places other than where they live, indicating a large chunk of Chinese people migrate back to their hometowns to celebrate the festival, according to WeChat.

WeChat, the most popular messaging app among Chinese consumers, reports a milestone 1 billion daily active users by the end of 2018.

Tencent has seen its shares dip to their lowest point in years in Hong Kong amid the global sell-off in recent weeks.