Pixel, iPhone, Galaxy, oh my! Why pay a premium when every phone runs the same apps?

When you start talking about a $400 to $600 difference in price, the mystique and perceived advantages of a brand and OS platform look a bit silly when they all run the same applications.
Written by Jason Perlow, Senior Contributing Writer on Oct. 4, 2017 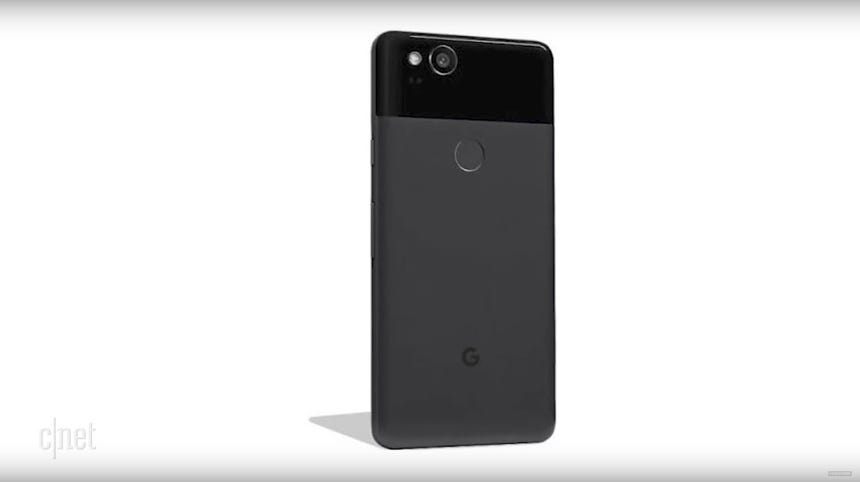 We've managed to merge all of the worst aspects of a secular new year festival with the Super Bowl. We celebrate the bounty of product shipment in the arena of combat, where titans stack up their wares to be judged by the hungry masses and the always-snarky tech industry thought leaders.

The execution of this is practically Roman, with its bread and circuses approach to product release cycles. Thumbs up, thumbs down. Render unto the Twitter feeds. Hunger Games for the technorati.

The latest objects of our obsession are the Google Pixel 2, and the iPhone X.

And while this cycle is predictable, and the months of product leaks prior to the releases leave nothing to the imagination, some of us still look for innovation where it does not exist, only to find ourselves completely disappointed when the reality sets in.

With all this anticipation and pre-gaming of the product announcements, it's very hard, nay impossible, to live up to expectations year after year.

It isn't as if companies like Apple, Google, Samsung, and the others vying for our attention have not been expending resources and enduring long development cycles to make better products.

They have. There are key quantitative improvements in performance between this year's models and those of prior years. The benchmarks tell us this, as does the spec creep.

The problem is that the mobile technology has now matured to a certain level where every single product at every single price point is now more than good enough to address every consumers' key needs in almost every conceivable use-case scenario.

The hardware has now become completely commoditized, and the capabilities of these mobile chipsets and display technology have vastly outstripped the capabilities and functionality of the software applications that run on them.

We've seen this before, of course. It happened to the PC industry during the 1990s and the early 2000s. The commodity desktop PCs got so powerful -- with the fourth- and fifth-generation x86 CPUs and the amount of memory and disk $600 to $800 could buy. It didn't make any sense to purchase a more expensive model since real-world performance -- using the same dozen or so core business applications that everyone used -- was the same.

The majority of the apps couldn't make use of the surplus resources, and there was little or no value added to distinguish one brand of PC from another.

They were being produced out of the same factories in China, anyway.

Clearly, there were edge cases: Some users actually needed much more expensive and powerful machines. But for 90 percent of the population, the $1,500 PC was overkill.

For the PC to advance to the next stage of its evolution, two things happened: one was mobility and the move to lightweight portable form factors like ultrabooks; the other was the rise of broadband and ubiquitous Wi-Fi. This allowed more processor- and media-intensive applications to become more commonplace, and the need for more sophisticated OSes to run those applications and make better use of the surplus resources on those PCs.

Something very similar is happening in the mobile industry right now. Everyone's phones are now so good that it's hard for a consumer to see real improvement over the models from the year or even two years prior.

My iPhone 6S that I handed down to my wife was already an incredibly powerful and responsive phone. It already did everything I wanted it to do, and so was the 6 Plus I had before it, as was arguably the 5S.

I upgraded to a 256GB iPhone 7 Plus last year and paid over $1,000 for it. My wife recently took possession of it. I am now using other devices while I wait to get a new iPhone X. More on that in a bit.

The benchmarks say that the iPhone 7 Plus is much faster than the old 6S. Camera tests have been inconclusive: I'm not sure whether I'm actually taking better photos on the new phone, as the 6S camera was already pretty outstanding.

The iPhone 8 and X have processors that supposedly in benchmarks are yet even faster than the 7. And better cameras as well.

We shouldn't expect them to be any different because they are designed to run on a certain lowest common denominator of hardware -- not the most expensive hardware available.

There isn't a "special" Facebook for more powerful iPhones or Androids. The apps don't unlock any special feature just because your processor is faster or you have more RAM to use. Instagram doesn't save or display photos in higher resolution because your camera captured the subject with more pixels.

There may be a few games out there that can better leverage the more powerful GPU, but let's face it, your average 2D game like Candy Crush isn't exactly a GPU stressor.

Are the apps responding a little faster? Sure. But we're talking about a perception in improvement in fractions of a second. Maybe multitasking is a bit better, but honestly, multitasking using a smartphone is a bit of a myth. It just means I can be a bit more careless about shutting apps down now because the phone has more RAM and some extra CPU cycles.

Top Android phones for those with iPhone envy

You can't actually do more than one thing at a time with a smartphone -- not in any meaningful way.

Now here's where we get to the crux of the matter: The $1,000 iPhone 7 Plus I bought last year that my wife is now enjoying is not the only smartphone I work and test with. I use a variety of relatively inexpensive Chinese Android phones, which sell for $400 or less.

Many use the same Qualcomm Snapdragon 830/835 processor (or others with similar specs) with 4GB of RAM and 64GB of onboard storage and can accommodate additional storage with micoSD card slots. The displays are often high-resolution AMOLEDs and have nice cameras and fingerprint sensors.

Any of these, if you spend $300-$400 regardless of manufacturer are going to be the freakin' Lexus of Android phones. Nobody should be ashamed to be using any of them.

This configuration is pretty standard across the industry now for premium Android handsets, whether it comes from Google, Samsung, HTC, ZTE, Huawei, LG, Motorola or anyone else. And the prices of these highly commoditized flagship-quality phones originating from China are continuing to drop.

Within the next year or so that same $400 phone with a similar bill of materials will be under $300.

Does the iPhone 7 deliver enough to make an iPhone 6s Plus owner upgrade, even for free?

I use iOS and Android devices interchangeably. I also use almost the same applications on both. I have no perception of the overall application and user experience being "better" from one platform or phone to the other.

You could argue that the iOS implementation of Facebook or Instagram might be a little better than what exists on Android and that there are some differences between Android implementations at the handset vendor level, but that's a type of thing where beauty is in the eye of the beholder. It's not something that is easily quantifiable.

The cost of actual devices, however, is quantifiable. When you start talking about a $400 to $600 difference in price, the mystique and perceived advantages of a brand and OS platform start to look a bit silly (especially when the mainstream apps are the same, behave effectively the same, and provide the same features).

As a technology industry writer and someone who likes tracking the progress of the industry, I used to see a tangible benefit from upgrading my smartphones on a yearly basis -- even paying the ridiculous premium for Apple's products.

But my mindset is starting to change. Unless Apple, Google, Samsung -- and their developers -- bring something entirely new or a significant value-add to the table to take advantage of their smartphone hardware (much like Intel, AMD and Microsoft did with the transition to 64-bit PC computing), my inclination during the next upgrade cycle is to give my business to the Chinese up-and-coming brands.

My apps are just going to run the same on them anyway -- for less than half the price.

Has the smartphone hardware finally outstripped the capabilities of the software? Talk Back and Let Me Know.