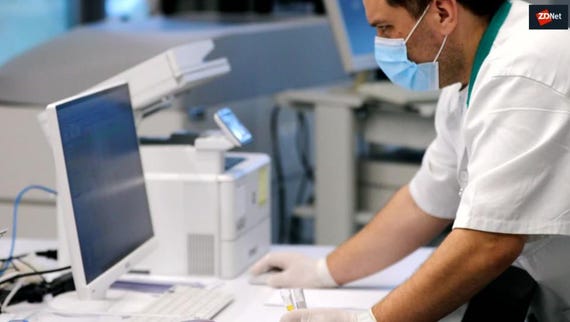 In May, when R crashed out of the top 20 for the first time in three years, Tiobe speculated that the language could be a victim of consolidation in statistical programming, with more developers in the field gravitating towards Python.

"A possible reason for this is that statistical programming is finding its way from university to industry nowadays, and Python is more accepted by the industry," Tiobe said at the time.

Paul Jansen, CEO of Tiobe Software, now reckons R and Python have benefited from demand in universities and from global efforts to find a vaccine for the COVID-19 virus.

"The days of commercial statistical languages and packages such as SAS, Stata and SPSS are over," he writes in the July update.

"Universities and research institutes embrace Python and R for their statistical analyses," he continues. "Lots of statistics and data mining needs to be done to find a vaccine for the COVID-19 virus. As a consequence, statistical programming languages that are easy to learn and use, gain popularity now."

Tiobe's rankings are based on search-engine results related to programming-language queries, which some developers question as a valid measure of a language's popularity.

Developer analyst RedMonk reckons R will never be a top-10 language because of its specialized audience. However, it noted recently that R illustrates the "remarkable popularity of a language whose usage is restricted for all intents and purposes to a single domain – those who work with and operate on data".

Exactly what's behind R's bounce-back on Tiobe's index isn't clear, but it seems at least to suggest that there are core groups for whom R is popular and practical. It also discredits Tiobe's theory that R was on the losing end of consolidation in the market for statistical programming languages.

Backing up Jansen's hunch that COVID-19 vaccine research is driving R's popularity, StackOverflow research in 2017 found R was the second-most visited tag from universities behind Python. It also found that the two largest groups who use R are academics from social sciences and biology, followed closely by the healthcare industry.

But even R fans, such as well-known R advocate and data scientist Hadley Wickham, are suspect of Tiobe's latest ranking of R – and Tiobe's reasons for its rise – despite being pleased with its new position.