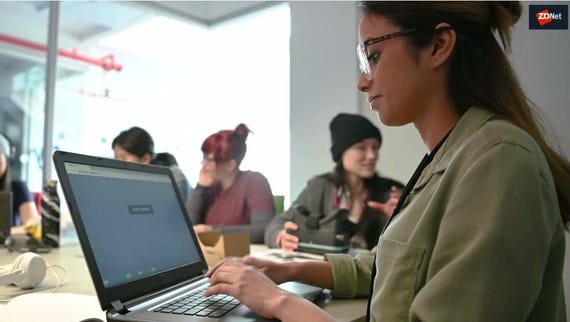 Coding question-and-answer site Stack Overflow has released the results of its 2020 survey of nearly 65,000 developers, revealing their favorite and most dreaded programming languages, tools and frameworks.

Stack Overflow attributes TypeScript's rising popularity to Microsoft's embrace of open-source software as well as the existence of larger and more complex JavaScript and Node.js codebases.

Rust has been the most loved programming language for five years running, despite few developers having experience with it. This year, just 5.1% developers report having used Rust, compared with the 68% who use JavaScript, which is the most commonly used language.

Microsoft is exploring Rust for systems programming and using the language's memory safety features to reduce memory-related bugs in software written in C++, which is widely used at Microsoft. The creator of Node.js also opted for Rust to build Deno, a new runtime for running JavaScript outside the browser.

The report also looks at average salaries of each developer role. In the US, engineering managers attract the highest salary at  $152,000 per year, followed by site reliability engineers who earn $140,000 per year.

Salaries across the globe for these roles are lower, at $92,000 for an engineering manager and $80,000 for a site reliability engineer.

Scala is the programming language associated with the highest pay in the US, with an average salary of $150,000. Other languages associated with a salary of at least $120,000 include Go, Objective-C, Kotlin, Perl, Ruby, Rust, C, Swift, Haskell, Assembly, Bash/Shell/PowerShell, C++, Java, Python, and TypeScript.

Developers report that the most important factors when choosing one job over another are the languages, frameworks and technologies they would be using at work. Other important factors include company culture, a flexible schedule, professional development, and remote-work options.

The two most commonly used platforms for development work remain Linux and Windows. Over half of all respondents have used Linux or Windows. Behind two OSes come Docker, Amazon Web Services (AWS), Android, macOS, Raspberry Pi, and Microsoft Azure.

The top database is one again MySQL, followed by PostgreSQL, and Microsoft SQL Server.