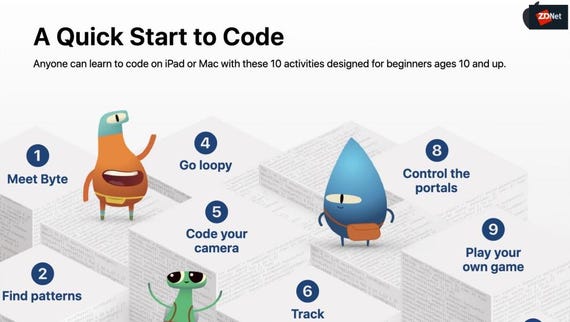 Swift 5.3 is available to developers from the Swift website or with the latest version of Apple's integrated development environment, Xcode 12, which also includes SDKs for iOS 14, iPadOS 14, tvOS 14, watchOS 7, and macOS Big Sur.

Apple announced Swift 5.3 in March shortly after releasing Swift 5.2. The company is developing the language in the open, allowing developers in the Swift community to suggest new features via proposals that Apple may adopt.

Updates in Swift 5.3 aim to help developers be more productive by reducing redundant code, according to Holly Borla, an engineer on the Swift compiler team at Apple. It also includes fixes for common compiler issues that developers have experienced.

"Swift applications now have lower heap memory overhead at runtime," explained Borla. "The Swift runtime caches less information on startup to track things like protocol conformances, due to improvements in the runtime that made this caching less necessary. An application written in Swift should now use less heap memory than an otherwise-identical program written in Objective-C."

Apple detailed these improvements at its WWDC 2020 developer conference in June where it announced Apple silicon and the Mac Mini-like Developer Transition Kit with an A12Z SoC processor running on macOS Big Sur.

Join Discussion for: Programming languages: Swift 5.3 is out with...