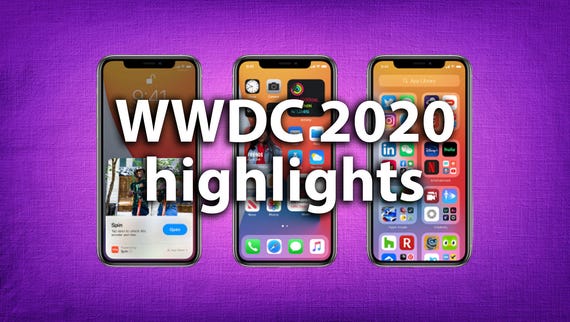 Apple's virtual WWDC conference was highlighted by a plan to transition the Mac to Apple processors over time, but much of the groundwork has already been laid with a redesigned Mac OS. There were also updates to iOS, iPad OS, and watchOS to ponder.

Here is everything announced in order of importance.

The first Mac based on Apple silicon is available to developers. The Developer Transition Kit consists of a Mac Mini packing an A12Z SoC processor with macOS Big Sur. These systems will be gobbled up as developers prep apps for the new world of Mac. Apple's transition plan looks solid. Apple said:

"Apple Developer Program members can start moving their apps to Apple silicon today by applying for the Universal App Quick Start Program. The program provides access to documentation, forums support, beta versions of macOS Big Sur and Xcode 12, and includes the limited use of a DTK, which will enable developers to build and test their Universal 2 apps. The DTK, which must be returned to Apple at the end of the program, consists of a Mac mini with Apple's A12Z Bionic SoC inside and desktop specs, including 16GB of memory, a 512GB SSD, and a variety of Mac I/O ports. Developers can apply to the program at developer.apple.com, and the total cost of the program is $500."

Apple's transition from Intel-based Macs to Apple silicon will take two years -- with product support going longer. Apple had no choice but to offer that support, but buyers will have to consider what processor to bet on. (Hint: Apple chips are the correct answer, but you need to wait to see how apps work in the real world.)

watchOS 7 will give Apple more of a footprint in health care and even watch your handwashing hygiene. Yes, the Apple Watch is your new nag about handwashing, but given COVID-19, maybe that's not a bad thing. Here's to hoping Apple Watch calls people out when they pee and don't wash hands at all.

MacOS is starting to look a lot like iPad OS and iOS. The melding of operating systems has begun and the move to Apple silicon is only going to accelerate that journey.

iOS 14 didn't wow anyone. Apple gave iOS 14 some nice perks and the app organization and widgets are handy, but in a lot of ways the operating system was all about incremental updates. That's why it went first.

Developers are getting code support, private forums and transition help as Mac moves to Arm. Apple knows it needs applications to transition to two processor support for a few years.

Siri is minimized, but hopefully smarter. The Siri update is worth noting since the digital helper is basically a punchline at this point. But at least Siri won't have a big jarring presence on the iPad and iPhone anymore.

CarKey is going to make the iPhone a digital car key, and that's going to be a sticky application given Apple's CarPlay footprint. Where were my keys again?

Apple sees privacy as its competitive advantage. Apple announced a series of privacy and security features that will make it much harder for advertisers to track users.

AR wasn't mentioned. Yes, we know that we're ranking an announcement that wasn't made, but the silence was a bit deafening.

Best of the rest: