Shares were down in after-hours trading, but Pure Storage touted its continued product expansion and focus on hybrid cloud.
Written by Stephanie Condon, Senior Staff Writer on May 21, 2019 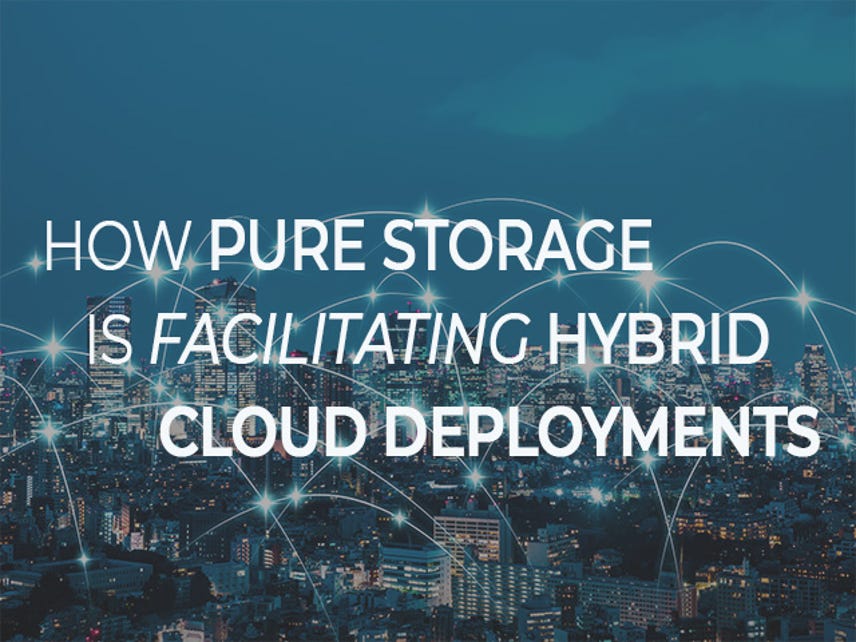 Non-GAAP net losses for the quarter came to 11 cents per share on revenue of $326.7 million, up 28 percent year-over-year.

Analysts were expecting a net loss of seven cents per share on revenue of $333.16 million.

The company nevertheless touted its solid growth and innovation across its portfolio. In Q1, Pure Storage announced the acquisition of Compuverde, a move that will enhance its file storage capabilities and allow it to target hybrid architectures. The company also brought ObjectEngine, its data protection platform for flash and cloud, into general availability. Pure Storage also in Q1 announced the expansion of its Evergreen Storage Service -- another move aimed at customers adopting hybrid environments.

"Pure continues to gain market share with innovation, a differentiated business model and our laser focus on customer delight," CEO Charles Giancarlo said in a statement. "As enterprises embark on their hybrid cloud journeys, Pure is excited to play a role in modernizing their business."