Pure Storage said Monday that it has combined its AIRI artificial intelligence platform with Nvidia's DGX-1 and DGX-2 hyperscale systems and rolled out a new FlashStack for AI with Cisco and Nvidia.

The effort highlights how storage players are lining up with Nvidia to create hyperscale systems designed for AI and machine learning. Last week, Dell EMC said its system in collaboration with Nvidia was available.

There's a good reason storage providers are lining up AI systems with the likes of Nvidia. Many AI production deployments so far have been on premise.

Brian Schwarz, vice president of product management at Pure Storage, said that so far the company's production AI deployments have been on premises.

The vast majority of production deployments we've had so far have been very on premises focus. The customers have done experimentation in the cloud and then got to that point where they know it's going to run years at a time and it's strategic. The main reason people do on premises is an own vs. lease problem. A lot of the data is on premises already or generated on premises. Moving data to the cloud is a problem.

My first advice is to build your AI system where your data set is. If it's all in the cloud use the cloud. If data from a factory or hospital build the system there.

At Nvidia's GTC conference, the company is highlighting its data center momentum with partners like Pure Storage. Nvidia recently acquired Mellanox in a deal that will up the rivalry with Intel. 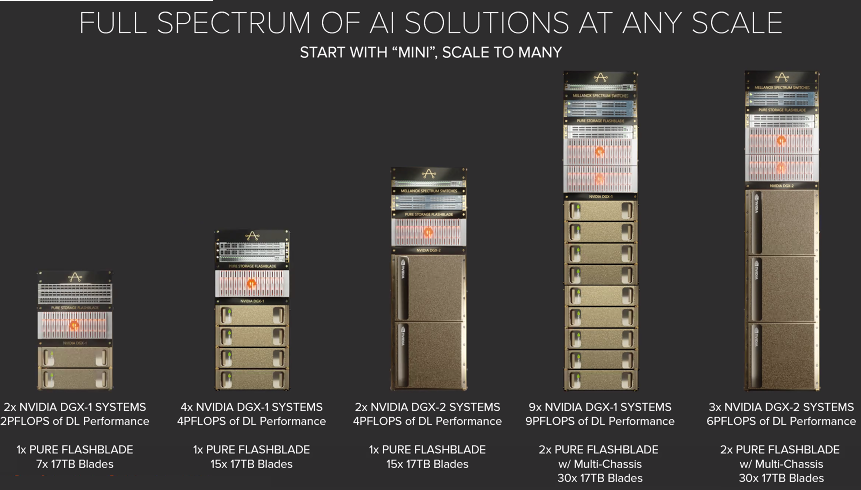