The month-long trial is expected to inform the state government of the roll out of the system, which is expected to be completed by 2022.
Written by Aimee Chanthadavong, Contributor on Oct. 21, 2019 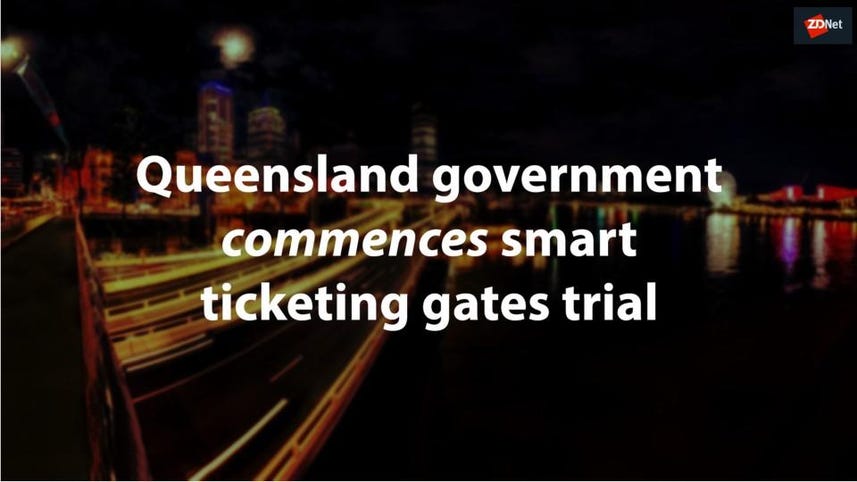 The Queensland government, together with Queensland University Technology and local research firm Sprout Logic, has launched a month-long trial of its express smart ticketing gates at Brisbane's Central Station.

As part of the trial, four express gate exits will be installed. They will be used to collect insight into how customers use the gates and how it could be used effectively when rolled out.

The state government said the data collected would be used to deliver an independent academic research report on the key findings and recommendations for future gate improvements.

"The trial will assist in understanding key customer behaviours at the gates and assist us in determining how we can improve all aspects of customer behaviour at gates," Transport and Main Roads Minister Mark Bailey said.

"It will also be about listening to customers who have wanted faster gates, especially during peak times."

Bailey added that when the smart ticketing system is rolled out, customers would be able to use their smartphone, smartwatch, credit card, or debit card to catch public transport, in addition to being able to use the existing go cards and paper tickets.

The smart ticketing system will be rolled out progressively across south-east Queensland and 18 regional urban centres by 2022.

See also: Why your next contactless credit card might have a fingerprint scanner built-in (TechRepublic)

As part of the project, smart ticketing hardware will also trialled on North Stradbroke Island buses. It will be the first of five regions to test the driver unit and printer, the state government said, adding that this would be followed by trials in Innisfail, Bowen, Maryborough, and Hervey Bay.

The transport ticketing system has been developed in partnership with Cubic Transportation Systems, the same company responsible for the designing New South Wales' contactless ticketing system.

Under the terms of the contract, Cubic is charged with designing, building, and operating the new ticketing system, as well as assuming responsibility for upgrading the current system to enable the use of contactless payments and allow for the gathering of real-time passenger information.

The Queensland government earmarked AU$371 million for the upgrade of the public transport ticketing system as part of its 2018-19 Budget.

The upgrades mean that all buses will now accept payments via the PayPass or PayWave function on either debit or credit cards -- including smartphones and any smart devices that have NFC payment capability -- in lieu of using an Opal card.

Commuters in Sydney can possibly look forward to paying with their own bank account in lieu of Opal, a payments industry veteran has claimed.

Visa and American Express customers can use their card to 'tap on and off' Sydney Ferries and the L1 Dulwich Hill Light Rail in lieu of an Opal card.

Commuters around the country will soon be able to pay via credit cards and smartphones, with a flurry of announcements being made over the weekend.

The state's transport authority has published a two-week snapshot of data pulled from the Opal smartcard ticketing system.