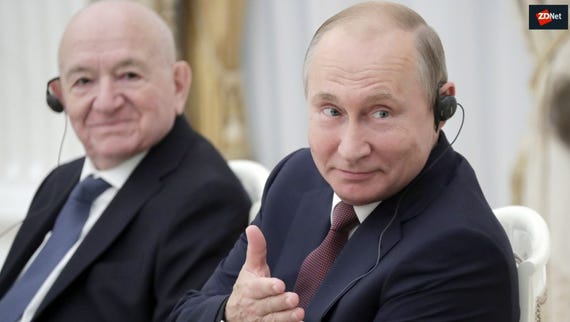 The Russian authorities like censoring the internet. Roskomnadzor, the country's communications regulator, has an ever-expanding list of sites that internet service providers must block.

The list takes in everything from LGBT sites to critics of the Kremlin and sites that allegedly carry terrorist propaganda, the main justification for many of Russia's online censorship and surveillance laws.

Free-speech activists reckon the number of blocked websites now tops 100,000, but how best to keep adding to that list? According to Russia's interior minister, Vladimir Kolokoltsev, volunteers should step up to aid the search for banned information.

Kolokoltsev was speaking to a group of search-and-rescue volunteers when he made the suggestion, according to the business site RBC, and the news was subsequently reported by the English-language Moscow Times.

While his speech was largely about the challenges faced by those trying to find missing people, he also said volunteers could help public authorities in preventing drug abuse, combating juvenile delinquency, and "monitoring the internet networks to search for banned information".

China has long used citizen volunteers to scour online platforms for discussions about subjects that the authorities want to suppress.

The typical tactic there is for the volunteers to wade into the discussion and bury the political talk with disinformation or by changing the subject. That's in addition to China's 'Great Firewall' filtering of unwelcome content, which Russia has appeared keen to emulate in recent years.

In Russia, the authorities have been stepping up the sentencing of people for "extremist" online behavior, such as criticizing the Putin regime.

This activity can include sharing images or even just liking certain posts, but the Russian Supreme Court has pushed back to a degree, saying that reposting things cannot be a crime.

Last year president Putin banned the use of virtual private networks (VPNs), because the tools can help people bypass site blocks in the country.

The Russian government has also classified bloggers and activists as media, to put them under harsher censorship rules.

Join Discussion for: Russia: We want volunteers to help us censor...