Amazon just wrapped up its Fall 2021 event, where the online retail giant announced several new products and services. This year's event was different, only because the company normally announces as many as 60 different products. This year, however, the announcements were pared down to under a dozen. But don't let that fool you -- there's a lot to unpack here.

For example, Amazon wants to sell you a robot -- named Astro -- that can cruise around your house and check on pets or family members. And Ring's drone can fly around the inside of your home. It's available, now.

The new $60 Amazon Smart Thermostat is more affordable than the completion, and according to the company will help reduce the cost of heating and cooling your home. The thermostat was developed in partnership with Resideo, the company behind Honeywell Home devices, and is integrated with Alexa for complete control over your home's temperature. Preorder it today for $60, deliveries will begin Nov. 4. 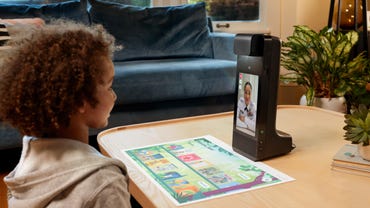 Amazon announced several new Echo devices during the event. A new Echo Show 15, priced at $249.99, has a massive 15.6-inch display that uses a new interface to show information for the entire family. A new facial recognition feature will proactively change what's on the screen to fit the person currently looking at it. You can sign up to receive an email alert when it launches.

There's also a new Echo-like device called Amazon Glow that's designed to keep kids entertained during video calls by projecting an interactive image on the floor or tabletop below the screen. The Glow companion app for tablets allows a loved one to play games, read books and see what the child is doing. You can request an invite to buy the Amazon Glow for $249.99.

Instead of using Alexa as a way to wake up your Echo device, Disney and Amazon partnered to create "Hey, Disney!" It's a premium Alexa Skill you'll need to pay for, but pricing hasn't been announced. If you do sign up for Hey Disney, you'll be able to talk and interact with Disney characters instead of the (now boring) Alexa voice.

There's also a Mickey Mouse-inspired stand for the Echo 5 that's available to preorder right now for $24.99. It will start shipping Oct. 28. 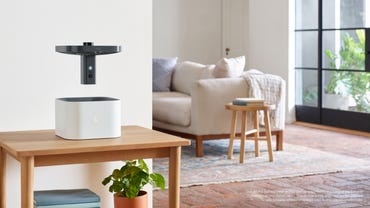 Ring announced several updates of its own. The Always Home Cam, the small drone that can fly around your home and check on activity, is now available via an invite. The flying camera will only record video when it's in the air, and the camera is covered whenever it's docked, making it impossible to capture any video. It's priced at $249.99.

Ring's new home security system, Ring Alarm Pro, is a modest update. The new system starts at $249.99 and begins shipping Nov. 3. The new model includes the ability to double as an Eero Wi-Fi 6 mesh router. Paying for the new $20 monthly Ring Protect Pro plan gets you online protection, 24/7 professional monitoring, and 24/7 internet backup in the event your connection fails at home. The Alarm Pro will provide a cellular connection — up to 3GB included — through the Eero system to your home.

Additionally, Ring also announced updates to its alerts, including package alerts and custom notifications for items you teach the cameras to monitor. Ring also partnered with third-party services for virtual video monitoring, which allows someone to view your video feeds when you're not home and deal with any would-be bad guys.

Finally, Ring also unveiled a partnership with Home Depot for the $399 Jobsite Security kit. Also available for the kit is a protective case, cameras, battery packs, and sensors. The kit can be set up to monitor and alert you of any activity on a job site using a cellular connection. 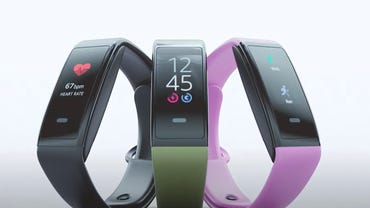 Amazon's Halo product offering is growing. The new $79.99 Halo View is the second-generation fitness tracker, now with a display. In addition to counting your steps and tracking all of the common health metrics expected from a tracker, Amazon is also launching Halo Fitness and Halo Nutrition.

Fitness will provide you with access to professional workouts you can stream and follow on your phone or TV, while Halo Nutrition will help give you tips on eating better, including recipes and shopping lists, integrated directly into your Alexa account.

Amazon Astro is a futuristic robot 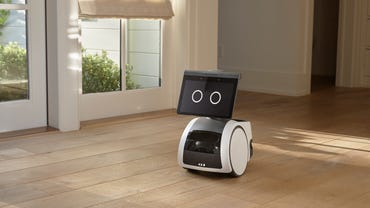 Amazon announced an autonomous robot named Astro, which is available through its Day 1 Edition program for $999 once your invite is accepted. Astro will follow you around the home, doubles as an Echo device on wheels, and can remotely monitor friends or loved ones.

Blink gets a video doorbell 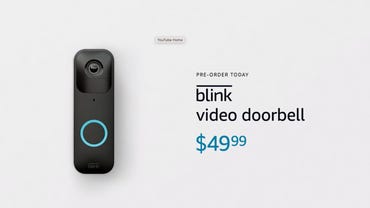 Blink, the inexpensive home security camera company, is getting its first video doorbell. It'll cost $49.99, can be installed as a wired or wireless doorbell, and has two-way audio, along with 1080p video during the day and at night. There's also a new $39.99 Blink Floodlight Cam, and a Blink Solar Panel Mount to power your Blink Cam. Blink's new products will ship on Oct. 21.

Amazon also announced several new features that will soon be available on Alexa devices, as well as services that you can use across several of its own products. Here's a quick roundup:

What's your favorite product or service announced by Amazon today? Let us know in the comments below.

Join Discussion for: Ring, Echo and Astro: Everything Amazon just...