Samsung Electronics has applied its artificial intelligence (AI) algorithms to its imaging devices that will assist diagnosis of radiologists.
Written by Cho Mu-Hyun, Contributor on Nov. 25, 2018 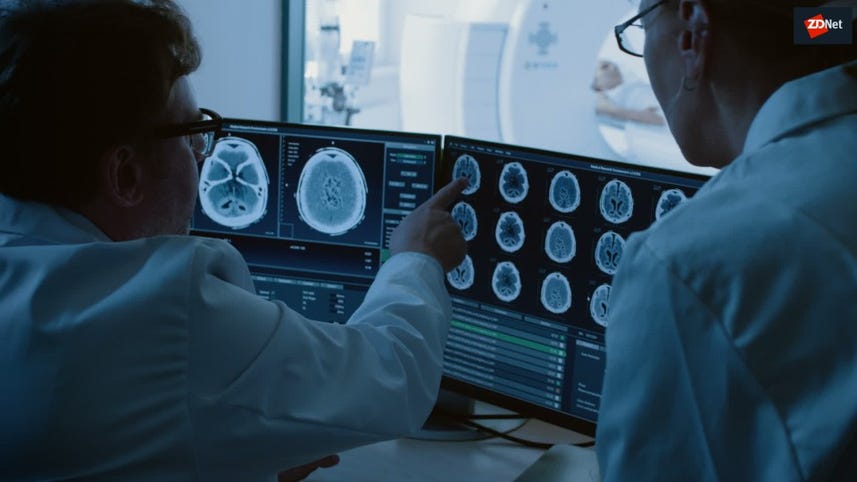 Samsung Electronics has applied its AI algorithms to its imaging devices, the company announced.

Samsung's S-Detect for Breast, which analyses for breast lesions using ultrasound images, and provides standardized reports and classifications, was showcased at RSNA 2018.

Samsung said the software increased the accuracy of diagnosis from 83 to 87 percent for doctors with four years or less experience, according to a study published by radiology professor Tommaso Bartolotta from University of Palermo in Italy.

Its AI software for digital radiography, dubbed SimGrid, provides images of lung tissue that are obscured by bone in chest X-Rays.

Samsung also introduced a mobile stroke unit for computed tomography, and is developing AI technology that will allow MRIs to display information such as knee cartilage thickness and images of knee arthritis.

More companies are also looking to apply AI to healthcare. Last week, LG CNS and Lunit announced that they plan to apply AI and cloud for analysis of X-Ray videos of lungs.

Samsung is beefing up its AI capabilities by launching research centres focusing on healthcare around the world, having opened its seventh one in Montreal last month.

Samsung is planning to invest US$22 billion in AI, 5G and emerging technology going forward.

The real future of healthcare is cultural change, not just AI and other technology

Samsung Electronics has launched Air Dresser, an internet-connected dresser that catalogues clothes and their cleaning history.

Banking
Samsung Galaxy S22 Ultra deal: Save up to $150

Smartphones
AI maturity: Only 12% of companies are 'AI Achievers'

AI maturity: Only 12% of companies are 'AI Achievers'