Samsung Electronics has posted 15.1 trillion won in operating profits for the fourth quarter of 2017, its highest ever for a quarter, marking a total of an all-time high 53.6 trillion won profit for last year.
Written by Cho Mu-Hyun, Contributing Writer on Jan. 8, 2018 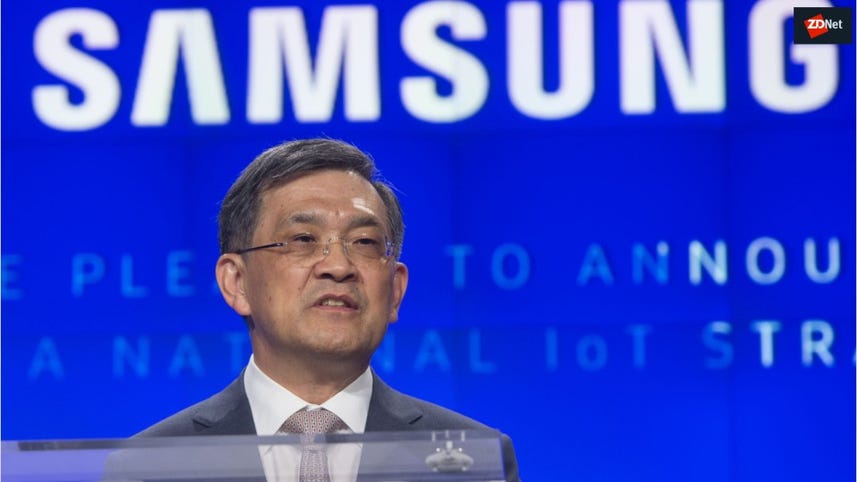 Samsung Electronics has posted 15.1 trillion won (US$14 billion) in operating profits for the fourth quarter of 2017, breaking its quarterly profit for the third consecutive time this year alone.

In its earning guidance, the South Korean tech giant said it expected an operating profit of 15.1 trillion won and revenue of 66 trillion won for the fourth quarter, breaking its previous record, 14.53 trillion won, for the third quarter of 2017. In the second quarter, it posted 14.07 trillion won, a then-record.

The profits were backed by a recovered mobile division, but were driven mostly from its semiconductor business, which is enjoying an all-time high demand for memory chips.

The demand has been especially high in China from smartphone vendors.

Samsung will wrap up last year with an operating profit of 53.6 trillion won, its highest ever yearly profit. Its chip business has contributed around 35 trillion won.

In 2016, the company posted a total of 29 trillion won in operating profits for the year.

High demand for memory chips will likely continue this year, however, Samsung, SK Hynix and Toshiba are all increasing production capacity that will likely bring down pricing.

Samsung is investing 30 trillion won in its Pyeongtaek chip line by 2021 that will increase its capacity even further.

Samsung Electronics' has unveiled its first 146-inch modular MicroLED TV dubbed the "The Wall" at CES.

Samsung updates last year's well-received Notebook 9 laptops and adds a 2-in-1 with a bundled S Pen.

At Samsung's inaugural Healthcare smart summit, professor Steven Faux at Sydney's St Vincent Hospital talked TechRepublic through their use of virtual reality to manage pain management as part of an u...

Samsung's Bixby digital assistant is transforming in a big way in its 2.0 versions. Here are some of the biggest differences coming in 2018.

Samsung Galaxy Buds 2 Pro: Where to buy and top deals