Samsung unveils the 8nm chipset that will power its 2019 flagship handsets.
Written by Liam Tung, Contributing Writer on Nov. 14, 2018 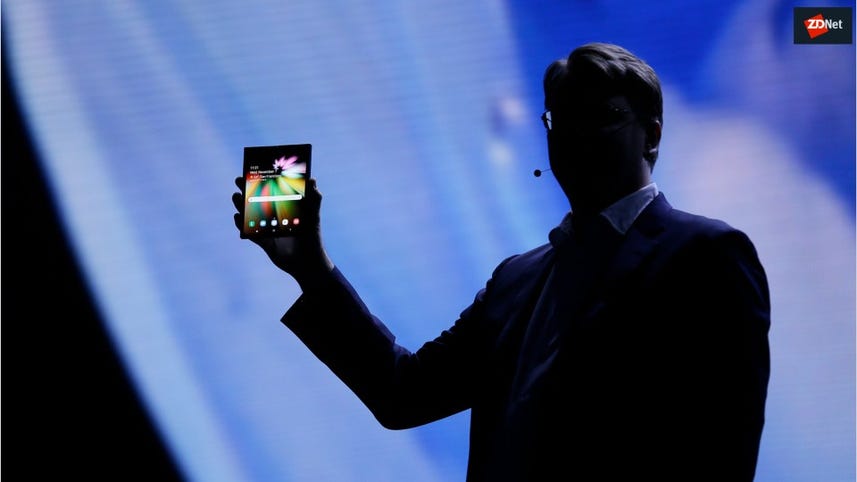 Samsung has announced the new Exynos 9820, the chipset that will probably power its upcoming flagships like the Galaxy S10, Galaxy Note 10, and possibly its new foldable phone.

The new 8nm process Exynos 9820 succeeds the 10nm Exynos 9810, which powered Galaxy S9 models outside the US while US models ran on Qualcomm's 10nm Snapdragon 845.

Instead of relying on algorithms to enhance on-chip AI processing, Samsung has integrated a dedicated Neural Processing Unit (NPU), bringing it up to par with Huawei's Kirin chips, and Apple's A12 Bionic chips for the iPhone.

Samsung says the new NPU will allow the Exynos 9820 to run AI tasks seven times faster than the Exynos 9810. It should also help deliver improved photography features, such as adjusting camera settings, and faster object recognition.

The octa-core Exynos 9820 consists of a two custom CPU cores, dual Cortex A75 cores, and four Cortex A55 cores.

The 8nm LPP (Low Power Plus) FinFET based Exynos 9820 promises to cut power consumption by up to 10 percent compared with the 10nm LPP Exynos 9810.

The addition of the latest Mali-G76 GPU cores should offer a 40 percent performance boost or 35 percent power savings.

Mobile connectivity is also getting an upgrade with the integrated modern supporting LTE Category 20 and download speeds up to 2Gbps. It also supports uplink speeds of up to 316Mbps.

Samsung expects to begin mass production of the Exynos 9820 by the end of the year.

The Doogee S89 Pro could be the first Batman-approved phone

The Doogee S89 Pro could be the first Batman-approved phone