Samsung isn't ready to give up on Android tablets, announces Galaxy Tab S6

The new tablet is designed to compete directly with Apple's iPad Pro.
Written by Jason Cipriani, Contributing Writer on July 31, 2019 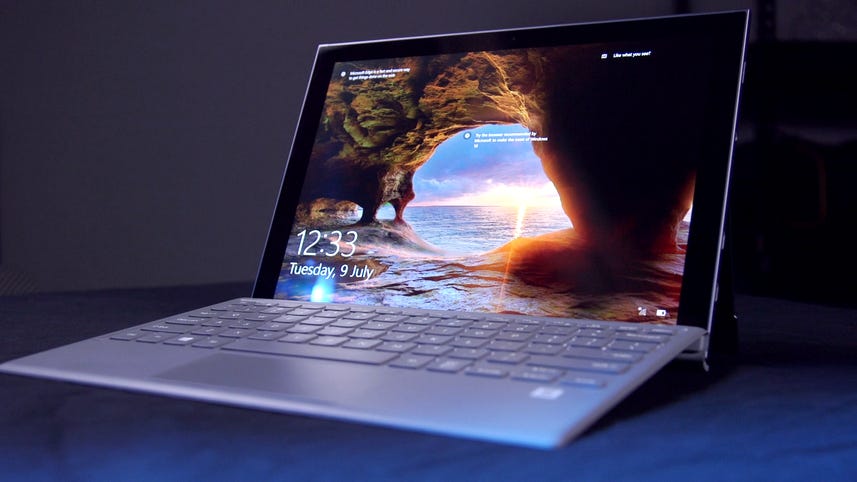 Samsung on Wednesday announced the Galaxy Tab S6, the company's latest Android tablet. The announcement comes just a week before the Aug. 7 Unpacked event where Samsung is expected to announce the Galaxy Note 10 and Note 10 Plus.

Each Tab S6 comes with a new S Pen that attaches to the back of the tablet and wirelessly charges, similar to the current-generation Apple Pencil's charging method with the iPad Pro.

Samsung also added wireless controls to the S Pen, giving users the ability to snap photos using the S Pen as a remote shutter or scroll through their gallery from across the room.

The Tab S6 features a 10.5-inch Super AMOLED display, Qualcomm Snapdragon 855 processor, a 7,040mAh battery, a front-facing camera, two rear-facing cameras, and is available with 6GB or 8GB of memory and up to 256GB of storage. It also supports microSD cards up to 512GB.

There's also an on-screen fingerprint reader in the Tab S6, similar to the Galaxy S10 lineup for unlocking the device.

Preorders for the Tab S6 begin on Aug. 23 through Samsung.com with in-store availability beginning Sept. 6. Pricing starts at $649, with color options of Mountain Gray, Cloud Blue, and Rose Blush.

Samsung remains one of the last big device makers to continue releasing Android tablets. Google has given up on making Android work on a tablet, focussing instead on releasing Chrome OS devices (with Android app support).

With Samsung announcing the Tab S6 and its plans for the Galaxy Fold's new release prior to the Note 10 event, the company is signaling the event will focus on its next smartphone and nothing else.