At its latest Unpacked event, Samsung outlined two PCs that run many of the plays mastered with smartphone and tablet launches. Folks, Samsung seems to finally get the multi-screen play and connective tissue it needs in its ecosystem.

Samsung also touted partnerships with Intel and Microsoft. For Intel, a partnership with Samsung seems to be aimed at competing with Apple's MacBook franchise on M1 processors. The trio of companies touted new PC designs in the future. The idea is that the three companies can leverage their respective strengths in the PC market.

While these PCs, which run Microsoft Windows and Intel's latest generation processors, could be work devices they can also fly at home. In many respects, Samsung's strategy rhymes with what Apple is doing to align its Mac, iPad, and iPhone franchises into one integrated stack.

Pre-orders start April 28 with availability May 14.

Both laptops are Intel Evo certified and the way Samsung played up the thin profile and light footprint, it's clear that the consumer electronics giant is hoping to better compete with the likes of Lenovo, Dell, and HP. Where it gets interesting for business buyers is that Samsung can sell companies a stack of productivity devices across multiple screens. PC-centric players lack the mobile devices for the most part.

Indeed, it appears Samsung is leaning into its mobility know-how to be disruptive to the PC category. Consider:

Samsung is upping its PC game to capture all the screens in the productivity chain. The strategy also rhymes with Apple's approach.

What Samsung is hoping to do its replicate the smartphone duopoly in PCs where the company competes with Apple in the value premium space.

And why not? PC sales have surged amid remote work and school and hybrid office plans are going to become the new normal post-COVID-19 pandemic. There are also profits to be had.

However, the PC market isn't the same as smartphones. Samsung has some strong entrants for the PC market, but HP, Dell, Lenovo, and Microsoft Surface are formidable. All of those vendors have thin laptops that are under the Intel Evo program. Those PC giants also have more selection and price points.

What's unclear is whether Samsung can break through in the PC market. Samsung has had PCs before, but the Galaxy Book Pro and Galaxy Book Pro 360 are among the strongest entrants from the consumer electronics giant yet. 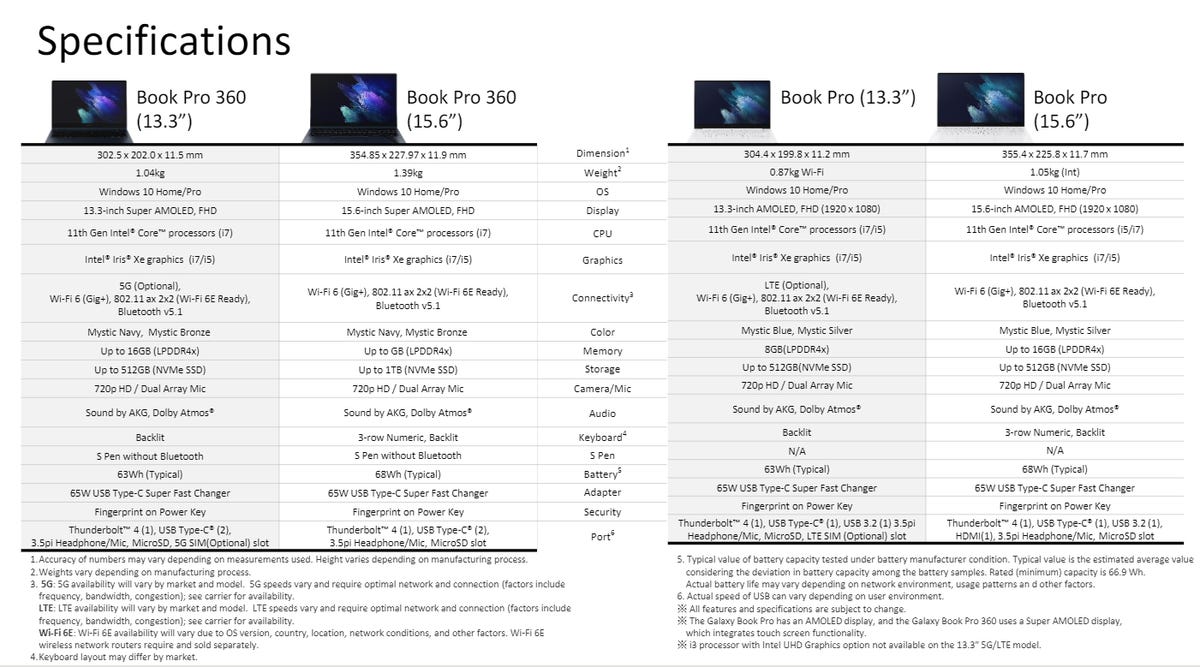