Write much? Need a supremely reliable laptop with a stellar keyboard? This is for you.

ZDNet's editors and technical contributors are an eclectic gang. From programmers to journalists, financial analysts to system integrators, our editorial team brings a diverse set of prior technology and business experience to their ZDNet work.

But they all have one thing in common: Long hours every day spent at their laptop keyboard. We first explored our writers' preferred productivity machines during our tours of their home offices. Now, we've gathered their laptops of choice here. Windows, Mac, Linux, and Chrome machines are all represented, which comes as no surprise. And one model rules the roost. 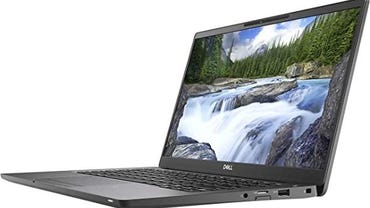 I bought this notebook from the Dell Outlet early in 2020, because the price was irresistible for a laptop with 32GB of RAM, an 8th Generation Intel Core i7 CPU, and a 512GB SSD. It's turned out to be one of my all-time favorite PCs.

This laptop, like its owner, was originally anticipating a heavy travel schedule this year, racking up tens of thousands of air miles. That didn't happen, obviously, but it's earned its place on my desktop.

Note that this model is not the same as the Latitude 7400 2-in-1, which has a display that can fold back to turn into a tablet. But, as a pure laptop, it's well built and has performed flawlessly.

Also: Inside Ed Bott's home office: 'Two of everything' 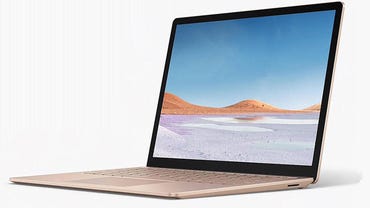 It took them three tries, but Microsoft finally made a laptop I really like with Surface Laptop 3. Battery life is not so great, but otherwise, it's my dream machine and my only PC at the moment. It's my desktop and my laptop.

I haven't had a laptop of my own for the last five years, using an iPad/iPad Pro with a keyboard instead. But with the release of the first Apple Silicon Macs, I decided to spend the money on a MacBook Pro. It's incredibly fast, the battery lasts for -- what feels like -- multiple days on end, and I haven't run into any major issues with apps. I still use my iPad Pro and leave my MacBook Pro docked to an external monitor most of the time. But I wanted to move to something that provided flexibility.

Adrian Kingsley-Hughes
My laptop is the 15-inch MacBook Pro. I used to love it. Now, because it isn't the 16-inch version and doesn't have M1, I'm coming up with reasons to hate it. But I can't. It's a superb workhorse, plowing through 4K video or heavy Photoshop workloads with ease. The only thing that brings it to its knees is Google Chrome.

Also: Inside Adrian Kingsley-Hughes' office: The secret lives of gadgets

The irony of having an untraditional workspace (a sailboat) is that our setup is marvelously commonplace. I use a lean, grab-and-go work kit composed of gear that would make most American high schoolers probably roll their eyes. My aging MacBook Pro does most of the heavy lifting, which for my journalism work means lots of calls and emails and some light photo and audio editing.

While my overclocked PC is used frequently, the system I rely on the most is my MacBook Pro, which has proven to be a decent workhorse for everyday tasks. The particular model I use is a 13-inch MacBook Pro, sporting a 10th-generation Intel Core i5 processor, Intel Iris Plus graphics, 16GB RAM, 512GB SSD storage, and a Retina display.

I've used many different desktop systems over the years, but in my last two corporate positions, I've moved from PCs over to MacBooks. The MacBook Pro (16-inch, 2019 edition)  is my current system, which I have permanently docked to my twin monitors.

Also: What's inside Perlow's office? 15 years of working from home 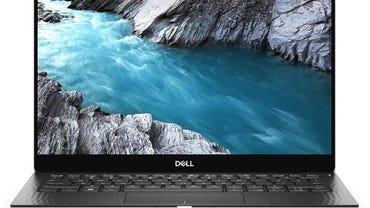 Also: What's inside SJVN's home office after 30 years of working from home? 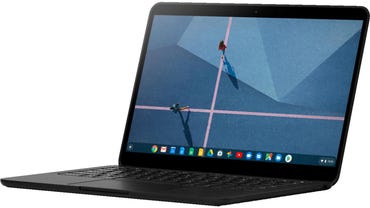 While I have access to a Surface Pro 6, I find the Chromebook experience provides me with a platform that helps me focus on writing content without ever thinking of the hardware. 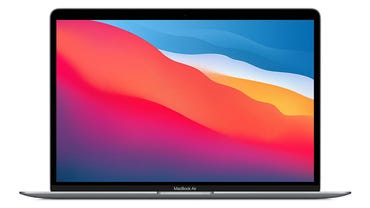 I've been a happy iPad Pro user for the last three-plus years. The performance -- 4K video editing with ease -- weight, battery life, ease of use and management, price, and the low cost and variety of iOS apps made me a believer.

But I just moved to a new M1 MacBook Air, the entry-level $999 model, and I'm finding it is an excellent replacement for the iPad Pro. Why? Because the M1 chip gives it most of the advantages of iPad Pro at a lower price and weight.