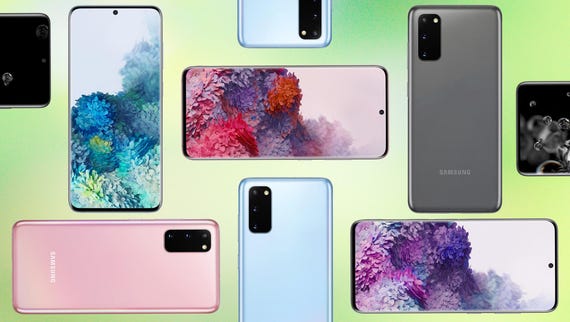 Thousands of Samsung Galaxy device owners in the past few hours have reported receiving a strange message from the Korean phone maker that displays a '1' above another '1'.

"I got the weirdest notification tonight, it was from find my mobile and all it said was '1'. I've never used that app before, didn't even know it was on this phone," wrote AshySlashy on Samsung's US user forum.

"I've tried looking it up to see if it's happened to anyone else, but I haven't found anything promising. I'm starting to get worried thinking someone hacked into my phone or something. If anyone knows ANYTHING about this at all please let me know."

The unexpected '1' rattled some users, especially since the message arrived on devices that had never enabled Samsung's Find My Mobile app.

According to one Reddit user, a Samsung customer service agent said the notification was the result of a "server glitch".

A Samsung US 'care ambassador' issued a not-so-reassuring message, guessing that the double-1 Find My Mobile message was "some test on Samsung's end to assure services are working".

ZDNet has reached out to Samsung for an explanation and will update the story if we receive an answer.

Samsung is not the only company to have baffled users with weird, unexpected messages. Microsoft last year blamed a configuration error in the Windows 10 News app for emitting a baffling "Thsi test notification" message from Redmond.

UPDATE 8am ET, February 20: Samsung has now tweeted to say the notification about 'Find My Mobile 1' occurred on a "limited number" of Galaxy devices.

"This was sent unintentionally during an internal test and there is no effect on your device. We apologize for any inconvenience this may have caused our customers," Samsung Help UK said on Twitter.