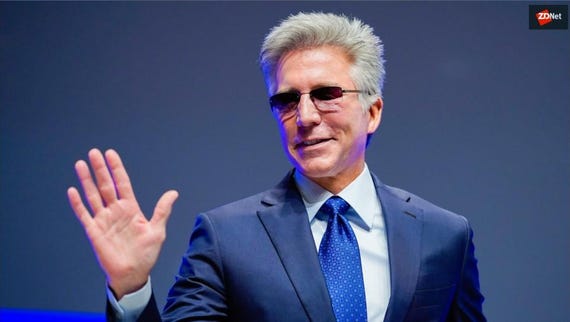 SAP has reported its first-quarter earnings results, with a slight increase in overall profit despite the COVID-19 pandemic and the departure of co-CEO Jennifer Morgan.

SAP reported an operating profit of €1.21 billion IFRS, up 1 percent (non-IFRS) and flat at constant currencies.

Operating cash flow in the first quarter was €2.98 billion, up 6 percent year-over-year.

SAP's major cloud and software licensing businesses have felt the impact of COVID-19, which has brought business to a standstill worldwide and postponed everything from the adoption of new technologies to refreshing enterprise setups.

In SAP's case, over Q1 2020, this has prompted many cloud and software licensing contracts to be postponed. According to the company, current cloud backlog has increased by 25 percent to €6.65 billion.

Overall cloud and software revenue grew by 7 percent year-over-year to €5.4 billion (IFRS) and up 6 percent (non-IFRS).

The four main business segments SAP reports on, "Applications, Technology & Services," "Qualtrics," "Concur" and "Services" performed as well as could be expected due to the current climate over the first quarter of 2020.

Applications, Technology & Services revenue increased by 5 percent to €4.99 billion year-over-year, or up 3 percent at constant currencies.

The Services segment, including digital transformation and the Intelligence team, reported revenue of €851 million, an increase of 5 percent year-over-year.

Effective April 30, Christian Klein will be the sole chief executive officer of SAP as co-CEO Jennifer Morgan has chosen to depart.

"Building on last year's momentum, SAP started the first two months of the quarter with strong momentum and healthy growth," said Klein in a prepared statement. "For nearly five decades, SAP has been synonymous with mission-critical business operations. As the unprecedented global challenges presented by COVID-19 emerged, we benefited from the inherent resilience of our business model and sustainable relevance of our portfolio."

Originally, SAP expected €24.7 billion to €25.1 billion. In addition, SAP has slashed €1 billion from its expected operating cash flow for the year, now estimated to be €5 billion.