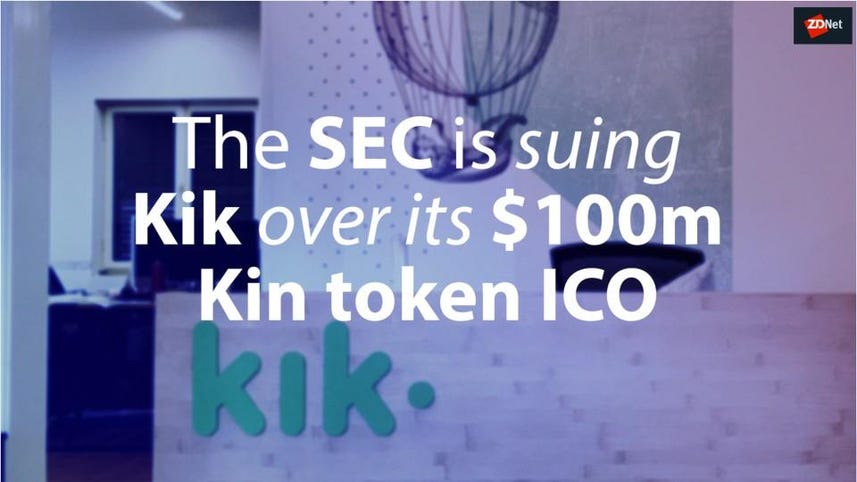 The US Securities and Exchange Commission (SEC) has filed charges against the founder of Shopin for allegedly running a scam ICO to defraud investors out of $42 million.

The SEC's complaint, filed in federal district court in Manhattan, claims that from August 2017 to April 2018, Eran Eyal, the founder of UnitedData -- trading as Shopin -- operated an unregistered ICO without any project or product to back its claims.

Initial Coin Offerings (ICOs), also known as token sale events, are launched as an alternative means to raise funding, rather than having to rely on banks or angel investment.

Before an ICO begins, companies usually produce a business plan, white paper documenting its blockchain technology, and USP expectations of a service.

In exchange for user funding, participants are given tokens, and herein lies the risk. If a project is not legitimate or an exit scam is performed, investors are left holding virtual coins that are worthless.

The Wild West of ICO scams became so prevalent that SEC pushed for digital assets to become securities, holding ICO events and token creators accountable to federal standards. However, the spirit of the ICO scam lives on.

On Wednesday, the commission said that Eyal's Shopin token offering was not registered with SEC. Shopin claimed the funds would be used to develop a platform able to support universal shopper profiles on a blockchain that would track purchase histories and be able to make recommendations based on this data -- but no such platform ever existed.

SEC further claims (.PDF) that Eyal and the company "repeatedly lied to investors in connection with its offering, including misrepresentations about purported partnerships with certain well-known retailers and about the involvement of a prominent entrepreneur in the digital asset space."

CNET: You have 1 month to submit your Equifax data breach claim -- here's how

After raising $42 million fraudulently, Eyal allegedly spent the money on personal expenses -- at least $500,000 of which went on dating, rent, shopping, and entertainment.

Eyal and Shopin are being charged with violating federal securities laws. The commission is seeking injunctions, civil penalties, restitution, and permanent bars against Eyal for officer and directorship.

"The SEC seeks to hold Eyal and Shopin responsible for scamming innocent investors with false claims about relationships and contracts they had secured in support of a blockchain-based universal shopper profile," said Marc Berger, Director of the SEC's New York Regional Office. "Retail investors considering an investment in a digital asset that meets the definition of a security must be afforded the same truthful disclosures as in any traditional securities offering."

TechRepublic: 63% of organizations face security breaches due to hardware vulnerabilities

The SEC has asked anyone who believes they have been defrauded through the Shopin ICO to contact the agency.

Earlier this week, the US Department of Justice (DoJ) arrested three out of five suspects believed to have operated a Ponzi scheme responsible for defrauding investors out of $722 million. The operators of BitClub Network, one of which allegedly called participants "sheep," pretended to use investor cash to invest in Bitcoin mining equipment while actually planning to retire "rich as f*ck."