Victoria Ho is a tech journalist based in Singapore, whose writing has appeared in publications such as ZDNet, TechCrunch, and The Business Times. When she's not obsessing about IT, you can find her tinkering with music and daydreaming about which guitar to buy next.

Singapore in 2013 saw bustling startup activities, some exciting acquisitions, and an ICT sector that continued to mature with current trends. However, further efforts are needed to continue driving broadband adoption and to encourage 'bootstrapping' attitude in graduates.

Other reports in Intelligent Singapore

ZDNet spoke with industry players for their take on the progress made in the country's iN2015 (Intelligent Nation 2015) ICT roadmap. Announced in 2006, the 10-year plan was established to set long-term targets for the local infocomm sector and drive adoption of infocomm technologies.

Core to the plan are large pieces of the infrastructure puzzle that have since been laid, such as the next-generation nationwide broadband network (NBN) and the National Authentication Framework (NAF).

iN2015 also includes targeted milestones, including goals to hit 90 percent home broadband usage and S$60 billion in infocomm export revenue--a threefold increase since the point of the plan's inception.

Since then, the sector has outperformed several goals. Export revenue hit S$77.9 billion in 2012, or 77 percent of the overall infocomm industry's revenue of S$102.5 billion. The sector employed 144,300 staff, staying flat in terms of growth at 1 percent over 2011, which saw another 1 percent growth over the previous year.

In terms of connectivity, Singapore has always benefited from good infrastructure. According to the World Economic Forum's (WEF) global IT report, the country has consistently ranked among the world's top three in terms of networked readiness. 2013 was no different, with Singapore coming in second to Finland, ahead of Sweden.

However, a closer look at benchmarks set by ICT regulator, Infocomm Development Authority of Singapore (IDA), reveals household broadband access has yet to hit its target of 84 percent penetration rate in 2012. Overall growth appears to be tapering too, reaching 80 percent in 2009 but subsequent years indicating slowing growth. Household broadband penetration appeared to peak in 2011 at 85 percent, dropping to 84 percent in 2012.

Some local operators noted that there remains room for users to switch over to fiber.

Chua Hian Hou, M1's assistant general manager of corporate communications, pointed out that Singapore's fiber network continues to hold potential for growth since only 40 percent of households, to date, have subscribed to a provider. He said M1 has 77,000 households subscribed to its fiber services as at third-quarter 2013.

StarHub's head of personal solutions, Chan Kin Hung, said the operator's broadband subscriber base continues to grow, hitting 445,000 in the third quarter of this year. However, this was at a growth rate of just 0.5 percent year-over-year.

StarHub's numbers include its larger, older cable broadband base. It it is one of the country's fiber retailers and hopes to sell more fiber services down the line.

"Unfortunately, I don't see the 'bootstrapping' attitude in graduates today. They seem to be coming out of schools expecting to only do 'high level' jobs, because Singapore has 'moved up the value chain'."

But Chan noted that delays caused by the NBN's infrastructure owner, OpenNet , in making the fiber available across the island had affected subscription growth this year, especially across the commercial sector. "We hope to see this situation improve as quickly as possible," he said.

Amid customer complaints of fiber installation delays, IDA had increased installation quotas which OpenNet must fulfill and imposed fines for service breaches.

Singapore's startup ecosystem, though, appears to be seeing more activities and is attracting more entrepreneurs.

Wong Meng Weng, co-founder of local startup accelerator Joyful Frog Digital Incubator (JFDI), said progress in Singapore's startup scene has been encouraging. "It's now just 10 years behind Silicon Valley--that's progress because five years ago, we were 20 years behind," he said.

Wong pointed to large acquisitions such as Viki, which was acquired by Rakuten for a reported US$200 million , that helped draw attention to the startup scene here. He added that the year also saw growth in early-stage investment firms, both government-supported and independent.

He said the government's efforts to fund startups have largely paid off, with about 100 startups funded under the National Research Foundation's (NRF) technology incubator scheme (TIS). Away from government efforts, grassroots activities have grown, too, he added. These include new co-working spaces opening and the launch of sector-specific job-matching sites such as startupjobs.asia. 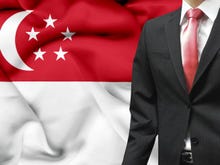 There are, however, gaps that still need to be filled.

Lim May-Ann, research director at TRPC, had a more pessimistic take on the state of entrepreneurial talent joining the workforce. "Unfortunately, I don't see the 'bootstrapping' attitude in graduates today. They seem to be coming out of schools expecting to only do 'high level' jobs, because Singapore has 'moved up the value chain'," she said.

Lim further pointed out that more needs to be done to raise the level of some economically-active pillars such as stay-at-home mothers. She said the high level of home broadband penetration can support this sector, if businesses incorporate processes to "unlock" remote workers and include them in the workforce.

She applauded the ICT industry on other significant progress it made this year, such as the launch of the Personal Data Protection Act , amendments to the Computer Misuse Act to thwart cyberattacks, and the successful launch of the Singapore government's G-cloud .

The analyst added that the sector will benefit from a few new plans scheduled, referring to the Infocomm and Media Masterplan for 2025 and the Cybersecurity Masterplan 2018. "In this fast-paced tech world, we need constant reviews to stay relevant," Lim said.

In the future, she noted, some nascent technologies can be expected to come to fruition, such as sensors for farming and connecting these to the wider Internet of Things . "There is tremendous opportunity for an enriched life through infocomm via things like sensors," she said.

Join Discussion for: Singapore in 2013: Startups glisten, but...