Full Bio
Posted in Between the Lines on May 22, 2018 | Topic: Collaboration 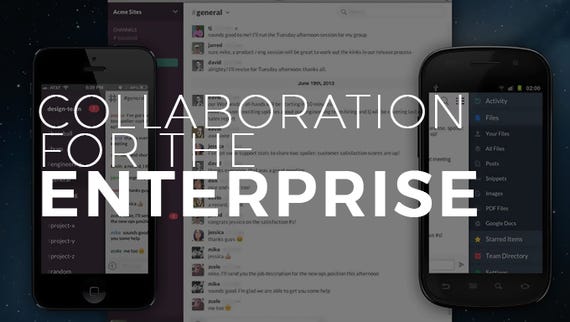 Video: Slack explains the role of AI and machine learning in enterprise collaboration

Slack on Tuesday debuted new developer tools as it looks to open up its platform for easier integrations.

The workplace collaboration player has more than 200,000 developers building on its platform every week and over 1,500 apps available in its app directory. Meanwhile, 94 percent of paid Slack teams actively use apps and integrations on a weekly basis.

For Slack, the goal now is to keep the momentum going by fueling its developer base and positioning its platform as the de facto collaboration hub of the modern workplace.

As for the key announcements, Slack is rolling out a new tool called Actions that's designed to close the loop between Slack, third party platforms and resulting action items, while also making it easier for users to find integrations that are already available.

For instance, with Actions, users can more easily turn Slack messages into tasks, comments or follow-ups, attach messages to tickets, and save information for later review. Apps with Actions can appear on every Slack message in a workspace without calling up a slash command or messaging a bot to invoke the app. As a result, integrations are front and center in the Slack UI and easier to discover.

Slack says this is the first time that its platform not only ingests information from tools people use at work, but also sends tasks out. The increased in-Slack app visibility was also one of Slack's most frequent requests from developers, the company said.

"We're building a really user centric enterprise software platform," said Brian Elliott, Slack's GM of platform. "This really is about simple affordances -- taking content and sharing it back into another application."

Actions is launching with a series of partners, including Asana, Jira and HubSpot, Bitbucket and Zendesk.

Slack also previewed some of its upcoming updates to Workspace Apps, its tool for developers to build and distribute apps in Slack. When the product goes to general availability, Slack said admins will be able to deploy apps on both the workspace and organization level, meaning they can install an app in Slack just once, then roll it out across their entire organization later.

The other new feature previewed was Block Kit, a framework that lets developers design better integrations through stackable UI "blocks."

Slack says it has now has 8 million daily active users

Slack also touted that it has more than 200,000 developers building on its platform every week and more than 70,000 paid teams.

The integration will enable employees to access a bevy of Workday's HR services without leaving the Slack app.