Full Bio
Posted in Between the Lines on October 22, 2019 | Topic: Collaboration 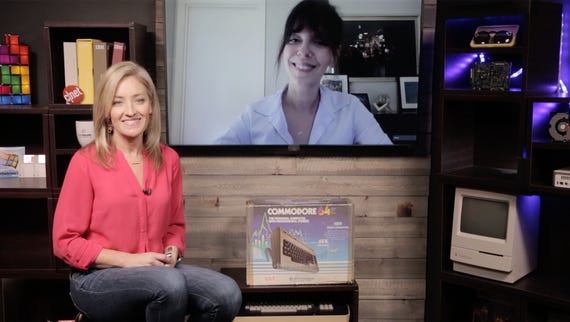 Slack is holding its Spec developer conference this week and with it has announced a range of updates and new features aimed at making it easier for people to discover and use apps inside Slack.

This latest batch of updates are focused primarily on increasing the visibility and utility of the apps that integrate with the Slack platform. In doing so, Slack is trying to improve the overall experience for Slack users while also appealing to developers by making it easier for them to build apps and for their apps to be discovered.

Among the key updates is a the launch of the redesigned Slack app toolkit, a framework of app building fundamentals designed to help developers drive adoption of their apps. The toolkit has four components: permissions, Block Kit, surfaces, and actions.

Slack also made some updates to how permissions operate. Previously, app approvals by admins were done with a bot token that included a broad set of scopes. With new granular permissions for the bot token, developers are able to request only the information an app needs to function.

Slack also introduced a new interactive space called App Home, which aims to make it easier to access and visually interact with apps. For developers, this space is meant to provide big surface area to showcase what an app can do and its potential. Slack also redesigned its app launcher to make it easier for users to see what apps they have installed and ones that are available to them and their team.

Another app-focused feature is called Actions from Anywhere, described by the company as a Slack-wide action or shortcut that can be initiated from anywhere in Slack with the click of a button. The feature adds to message actions, a tool launched at Spec last year, and is meant to give users more ways for users to interact with apps throughout the Slack product.

Slack also announced the launch of what developers refer to as modals, similar to pop up multi-step windows. Enabled by Slack's Block Kit UI framework, modals -- which Slack said will replace the current dialogs functionality -- allow an app to collect a series of inputs from someone in Slack without them needing to switch between context.

Slack said Qualtrics has been piloting modals to customize, distribute, and monitor surveys in Slack, while online education company Bridge started using modals to create a simplified way to view and register for learning courses within Slack.

More broadly, Slack's developer and platform updates line up with its growth and user acquisition strategy, which is to replace email and be a horizontal tool across corporate functions via integration with other software systems. Andy Pflaum, director of product at Slack, said Slack's software integrations are central to its success.

"We see that users of any good collaboration platform do more than just chatting," Pflaum said on a call with ZDNet. "The majority of IT spend and services are coming outside of any single platform, so any way we can bring that into Slack makes it useful to our customers. This is evident through our Office 365 integrations, but also with Google and Workday and Atlassian -- so many of those companies use Slack extensively themselves, which helps to inform the integrations."

"It's an indication of our neutrality," Pflaum continued. "We really do stand apart from any other collaboration platform in that neutrality and the breadth of apps that we integrate with deeply."

Earlier this month Slack released updated user numbers, saying that it now has 12 million daily active users on its platform, while also citing "deep engagement" among its DAUs as evidence of its significant market penetration. Among its paid customers, Slack said users spend more than 9 hours a day connected to its service, including spending around 90 minutes per day actively using the platform.

Slack said it's seeing similar levels of engagement across its customer base, including its top 50 customers, of which at least 70% are Office 365 customers and using Slack's Office 365 integrations.