Full Bio
Posted in Between the Lines on September 4, 2019 | Topic: Collaboration 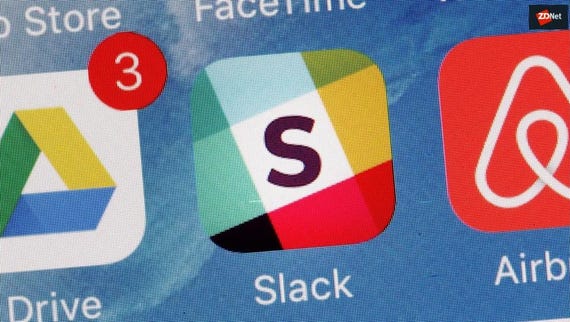 Workplace apps: What IT deploys vs. what the staff really uses
Watch Now

Slack has released its first financial report as a publicly-traded company, beating market expectations but failing to disclose an updated daily active user count. Slack's guidance was also on the light side and its shares took a plunge after market.

Slack noted that its revenue was negatively impacted by $8.2 million worth of credits that doled out to customers for two service disruptions during the quarter.

Nonetheless, Slack said in its Q2 filing that it ended the quarter with over 100,000 paid customers, up 37% year-over-year, with 720 of those paid customers bringing Slack annual recurring revenue greater than $100,000.

"Revenue growth was 58% year-over-year, despite a one-time revenue headwind from credits issued in the quarter related to service level disruption," said Slack CFO Allen Shim. "We remain focused on expansion within existing customers and growing our large enterprise customer base."

In terms of guidance, Slack expects third-quarter revenue in the range of $154 million to $156 million, with a net loss per share between 9 cents and 8 cents. Analysts expect Slack to deliver revenue of $153 million with a non-GAAP EPS loss of 7 cents.

For the year, Slack is expecting a loss from 40 cents to 42 cents with revenue between $603 million to $610 million. Analysts were expecting a full-year loss of 40 cents on revenue of $601 million.

Shares of Slack were down nearly 14% after hours.