According to a new report from Canalys, smart speakers have gained market share faster than AR, VR and even wearables.
Written by Natalie Gagliordi, Senior Writer on Jan. 4, 2018 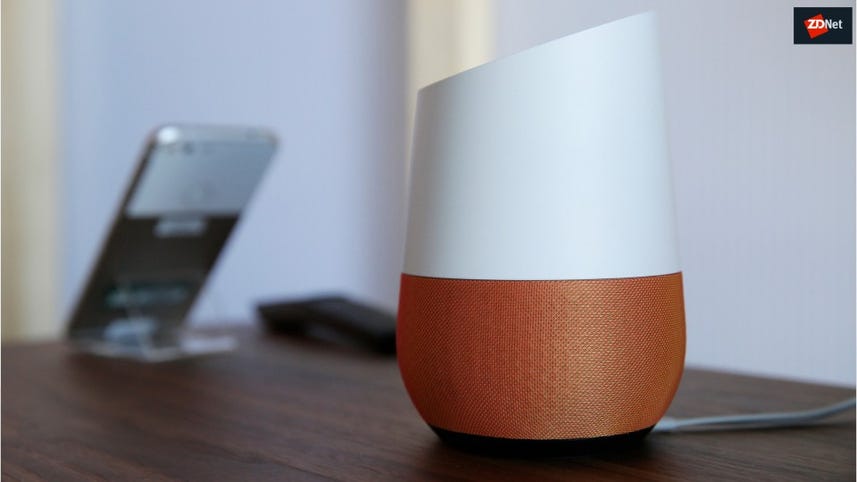 This year, smart speaker shipments in the US are expected to reach 38.4 million units. Worldwide, that number climbs to 56.3 million.

Devices from Amazon and Google are the clear leaders in the smart speaker category with their respective Echo and Home products. But competition is expected to rise as the market heats up and more vendors enter the fray.

"Consumer acceptance of the smart speaker has been positive overall, despite a few shortcomings," said Canalys analyst Vincent Thielke.

"Vendors have begun offering successful upgrades to their latest models, and a key element driving this stickiness are the smart home partnerships. Alexa's multiple smart home integrations, Google's partnership with Nest and Apple's HomeKit initiatives will continue to excite consumers of the smart speaker and fuel sales in 2018."

Meanwhile, Canalys also predicts a shift in the strategic monetization of smart speakers in 2018. Rather than focusing primarily on how to sell devices to new customers, vendors will look to things like advertising, content subscription, premium services or enterprise products to monetize their installed base of current users.

"The technology is still in transition, and increased investments from multiple players of the ecosystem will fuel growth," said Canalys research analyst Lucio Chen.

Amazon is taking Alexa to the office and here's why the digital assistant will be able to scale via developers, consumerization and the sheer scale of AWS.

The Amazon Echo Dot and Fire TV Stick with Alexa Voice Remote were the top sellers.

Among other things, developers can now build user experiences that start on Google's voice-activated assistant and move to a user's phone.

Home Security
Cloud computing is about to hit another big milestone