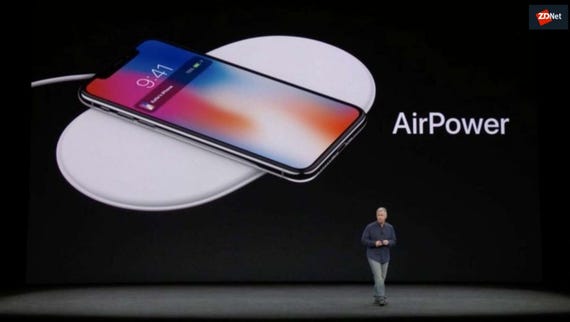 Is wireless charging for phones here to stay -- or will it remain an oddity?
Watch Now

Is wireless charging for phones here to stay -- or will it remain an oddity?

In the middle of Apple's iPhone event last week was a piece of information that is far more likely to change the world for all phone users than a face-based login: Support for the Qi wireless charging standard.

With Apple joining the likes of Samsung and other Android manufacturers, Qi is the de facto standard for wireless charging moving forward.

Those chargers built into Ikea furniture aren't just some misplaced artifact from a future that never happened; they are going to be increasingly useful.

Over the coming years, businesses can safely invest in such charging pads knowing that somewhere in the order of three-quarters of mobile phones are going to support the Qi standard out of the box. Expect to see charging mats increasingly appear in airport lounges, coffee shops, and hotels.

Previously, even though Samsung flagship devices happily supported Qi, there was always the issue of how to accommodate Apple devices and other non-Qi Android handsets -- but those days are over, provided the things actually work as intended.

Until we see the Apple AirPower mat in action, a couple of questions will remain.

Will the AirPower work well with non-Apple Qi-enabled devices? How quick will the new iPhones charge from non-Apple mats? How fast is AirPower's quick charge functionality?

In the past, under real-world conditions, some Qi mats have offered a power level that was barely able to charge a device -- a level acceptable for when the user is asleep at night, but hardly the sort of thing to give a thirsty phone a quick 20 percent bump in battery power.

If a new wireless charging era is to dawn, one where Qi is able to go beyond the bedside table, it will need to do better than past efforts.

At the very least, though, there is now a standard way to charge phones from the two largest handset manufacturers, and we have not been able to say that in quite some time.

Join Discussion for: It's now or never for wireless charging