IBM's plan is to create a data science operating system that can bring together data scientists, analysts, and business leaders.
Written by Larry Dignan, Contributing Editor on Sept. 17, 2017 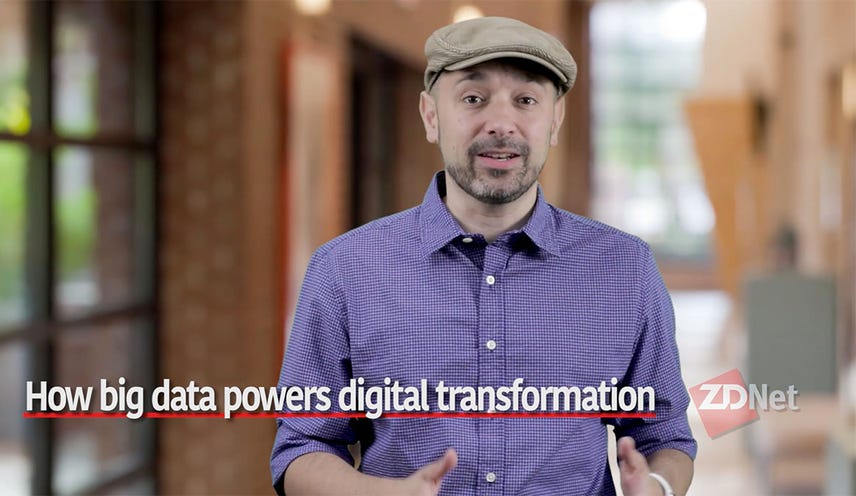 IBM is aiming to make Watson Data Platform a de facto operating system for data science in the months ahead as it compiles various functions and parts and combines them into a cloud-based effort to make data more consumable.

Today, Watson Data Platform is a collection of services used to prepare, store, ingest, and analyze data and then allow customers to build applications on top of it. These various parts, acquired and built on IBM's Bluemix, combine to allow various players in the data science food chain to play a role in solving business problems.

In October and November, IBM is likely to finish stitching Watson Data Platform together into a cohesive operating system, said Derek Schoettle, general manager for IBM Watson Data Platform. "We are about 85 percent to 90 percent of the way in production," he said.

A precursor to Watson's potential as a data operating system is highlighted in IBM's Data Science Experience, a collection of tools designed to provide insights.

Indeed, Watson Data Platform has been adding new functionality around cataloguing data and understanding what state it is in. That cataloguing effort is the linchpin to everything from common workflows to applying the governance and rules needed to analyze it. In a nutshell, the easier IBM can make it for companies to move data into Watson Data Platform and make it consumable the faster it can be a data science operating system.

Schoettle in an interview came back to the Watson as data operating system a good bit. IBM's bet is that the company that best helps businesses benefit from their primary natural resource -- data -- is the one that wins over the next decade.

It's hard to argue with Schoettle's take. Data science today is an aggregation of parts and roles and piecemeal applications. That state makes sense given that data science itself is a combination of disciplines ranging from business intelligence and analysis to data science to mathematics and statistics. Simplifying the moving technology parts of data science will enable business leaders to more easily transform their businesses.

IBM wants to make Watson Data Platform a dynamic catalog that can be modeled and shared across all teams and functions. The company that creates a data science operating system is also likely to play a big role in artificial intelligence. "AI needs a common OS," said Schoettle.

Schoettle added that there has been a good reception to the idea of Watson as an operating system that can be consumed as a cloud service. "An OS is a better alternative to doing it yourself and up levels the discussion," he added.

One big wild card for a Watson data science OS will be importing enterprise data. Let's face it: Many, if not most, companies struggle with their own data rat nests. If enterprises don't have their data houses in order no technology is going to serve as a magic bullet. You're not going to fix a poop show with technology.

Another wild card will be pricing and packaging. Historically, operating systems are bought all at once. The functions are a buffet. A cloud model, however, allows customers to buy functions and specific services. Meanwhile, IBM customers already have applications such as Cloudant, SPSS, and Cognos. Packaging, pricing, and look and feel of the Watson Data Platform will be critical.

Will IBM be successful in making Watson a data science operating system? Possibly. The company has all of the key parts. Gartner has IBM as a leader in data science platforms and noted strengths included a strong customer base, commitment to open source technologies, strong model management, and governance and support for a broad range of data types.

Here's the Gartner Data Science Platform landscape indicating that IBM has as a good chance to form a data science operating system as anyone.

More on data and business transformation: