Full Bio
Posted in Between the Lines on March 27, 2019 | Topic: Innovation 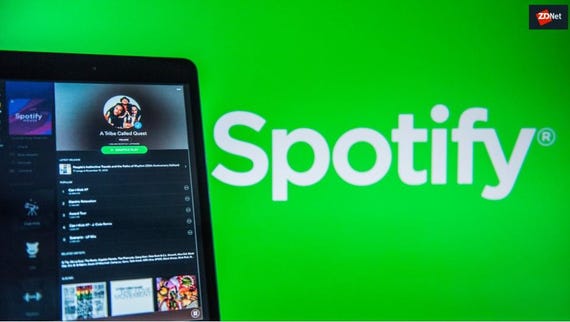 Apple vs. Spotify: Who owns the app users?
Watch Now

Spotify has announced the acquisition of Parcast as the company begins to explore the audio podcast arena for new content and business opportunities.

The financial terms of the deal were not disclosed.

On Tuesday, the audio streaming platform said the definitive agreement to acquire Parcast "will advance our goal of becoming the world's leading audio platform."

The core point of interest for Spotify is Parcast's specialization in storytelling-driven crime and mystery stories.

Launched in 2016, the podcast studio has since published 18 separate series relating to topics including serial killers, cults, unsolved murders, mythology, and conspiracy theories.

Los Angeles, California-based Parcast has also begun to expand in mystery and crime fiction with the launch of its own series, Mind's Eye, and 20 new shows are also due to launch over the course of 2019.

Spotify caters for over 207 million users, all of which will eventually have access to Parcast shows on the platform. Parcast team members are expected to continue operating independently.

"We are proud to join the world's most popular audio subscription streaming service and gain access to one of the largest audiences around the world," said Max Cutler, founder, and president of Parcast. "Alongside Spotify, our ability to scale, grow and amplify the unique and tailored brand of content we create is full of fantastic possibilities."

CNET: Listen to your Spotify playlists offline for $69

The transaction is expected to close in Q2 2019, subject to regulatory approval.

Spotify's acquisition of Parcast arrives on the heels of the purchase of both Gimlet and Anchor.

Gimlet is the creator of podcasts, some of which have been snapped up by Amazon Prime as the basis of full television shows. Anchor is the developer of a suite of tools for podcast creation, distribution, and monetization. Together, these acquisitions are estimated to be worth roughly $340 million.

In a blog post documenting the acquisition of Gimlet and Anchor, Spotify CEO Daniel Ek said the core streaming service is "doing very well," but the overall aim is to bring Spotify to "the center of the global audio economy" -- and this includes podcasts and content creation.

"We know we aren't the only company thinking about or preparing for this future," Ek said. "[...] We will begin competing more broadly for time against all forms of entertainment and informational services, and not just music streaming services. In our industry, things change fast but the path ahead for Spotify is clear -- we want to become the world's leading audio platform."